What is a Market Correction? 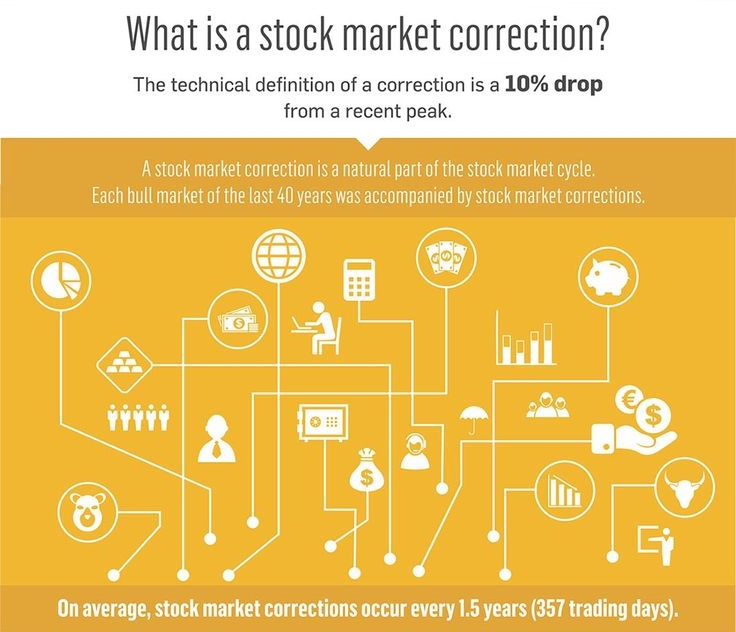 Simply speaking, when asset prices, of say Equity or Real Estate, start to fall after rising over a period of time, it is termed a correction. In case of stock markets, prices of shares are quoted everyday, which means there is a daily change in value. On a daily basis, there could be a fall or a rise. But, a single-day negative change in price is not a correction.

An index similarly, which is nothing but a basket of shares, undergoes daily change in value. This is daily volatility rather than a correction. Technically speaking, a correction is defined as a 10% fall in price of an index or a stock from its 52-week high. This can take as many days.

For example, in January 2008, the BSE Sensex (Total Return Index – TRI) fell 15% from its then all-time high in a matter of 9 trading sessions. Here we can say clearly that the market was in a correction phase. A TRI captures change in index value from price change and other payouts like dividends.

Despite interim upward moves, the correction went on till March 2009, by which time the index had lost slightly over 50% of its value. Contrast this with November 2016, when the markets fell after the demonetization announcement; over a period of one-and-a-half months the index fell around 6.5%, this was not a correction and by January 2017 the markets were on their way up again.

For the calendar year 2017, the index was up around 28%. Thus, the magnitude of price fall is important in defining whether the market is in a correction phase or not.

In the current downtrend, the index has fallen around 6.5% from its 52-week high, also its all-time high on 29 January 2018, till 22 February 2018. This magnitude shows that the index is not yet in a technical correction phase. However, this downtrend is still not over and it could very well breach the 10% mark.

Once an index or stock price falls more than 10% from its 52-week high, it is in a correction phase. However, it does not mean that the price will not correct further. How long a correction continues is anybody’s guess. It is prudent to be cautious during corrections but selling and sitting out may not be wise as it is also hard to predict when the market will turn around. A better way is to invest regularly across the market cycle, both in up and down trends. If you do have additional liquidity to invest during a correction phase, invest in small lots rather than putting it in one go.

An investor’s approach is categorized depending on his behavior during the market correction. There are two kinds of investors, one believes in patiently waiting for his investments to reach its potential while the other panics and redeems his investments. The first type of investor has sound knowledge and patience to follow through his investments, he believes in long term wealth creation. The other investor does not trust in his investments due his lack of research and believes in short term gains. Learn the difference between the two to understand where you stand.

Investors who do not panic during market correction: During a market dip the first investor will choose to invest with the sound knowledge of a decline in the prices, to buy good quality stocks while staying away from the cheap stocks. It is like a plant that shows signs of drying leaves, it mustn’t be tugged but a patient effort will ensure a fruit in the end. This insight could lead him to a potential growth because the market is unstable and any given correction in prices should eventually rise back up for every good quality stocks. He firmly believes in the wealth creation which takes years and not in short term profits.

Investors who panic during market correction: The other type of investor panics or worries during a market correction. As he aims for short term profit or has invested in cheap stocks without spending enough time in researching before investing. Even if he had invested in good quality stocks he missed the point that quality companies do require time to show its full potential and growth. However, the market always recovers to help your investments grow but he needs to decide to stay for a longer period. It is like pulling out a dish before it is ready or cooked, what you get in the end is only under cooked food which hasn’t reached its full potential. 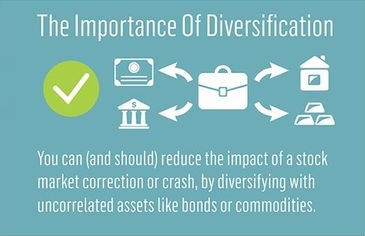