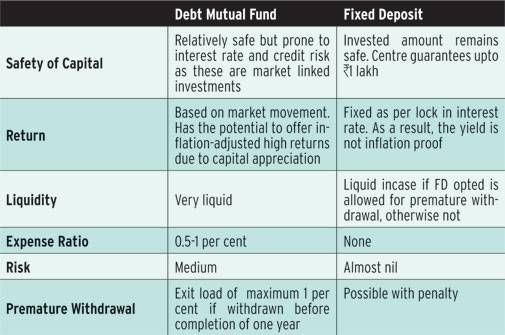 The past year has been tumultuous for fixed-income investors. Demonetisation, which brought a gush of liquidity into the banking system, resulted in a sharp fall in market interest rates. Bond prices went through the roof, with investors in longer- and medium-duration debt mutual funds reaping windfall gains.

Oil prices collapsed to a low of $43 a barrel in the first half of 2017. Fall in oil prices in an economy which imports most of its requirement, positively impacts current account balance, fiscal deficit and the rupee. Consumer price inflation consequently reached its nadir, at 1.54% in June 2017. It appeared that the bond market party, a direct beneficiary of low inflation, was unstoppable. The money markets continued to witness liquidity surplus keeping yields low.

Two events caught the markets by surprise, one geo-political and the other local. A young, impatient Crown Prince of the world’s largest oil exporter Saudi Arabia, arrested some of the most powerful members of his own royal clan in an overnight move, as part of an “anti-corruption” drive. Oil prices which were already in a recovery mode, touched two-year highs.

The local event to shake-up the bond market was the announcement of the PSU bank recapitalisation scheme. Apart from budgetary support, the scheme envisages the issuance of recap bonds of ₹1.35 lakh crore potentially leading to excess supply in the bond markets. This added to the existing angst on account of fiscal deficit slippage. RBI too was on an open-market operations sale spree to drain liquidity from the markets.

The Indian bond markets reacted swiftly to these global and local events. 10-year G Sec rates shot up by about 60 basis points, with long-term debt funds’ NAVs taking a hit and medium/short term funds seeing poor returns. Though the yields have corrected to some extent on account of RBI’s withdrawal of OMO sales and the Moody’s upgrade, they stay elevated.

The fixed-income investor is today in a difficult situation. Taxes eat away nearly a third of the earnings from bank fixed deposits, which yield 6.5% pretax. Though perplexing, the government continues to pay a much higher 8% on its taxable bonds, available on tap. While the return is attractive for the investor in the lower-tax brackets, the after-tax yield for investors paying a marginal rate of tax at 30.9% is a meagre 5.5%. Tax-free bond issuance from AAA-rated government entities, such as IRFC and NHAI, has stopped.

Erstwhile fixed-income investing advocates have thrown in the towel and are advising investors to stay away from long-duration funds, in anticipation of a further rise in bond yields and a corresponding fall in their prices.

The yield-to-maturity of relatively conservative short-term debt mutual funds is barely 7%. The returns investors get in hand is further reduced by the expense ratios charged to the funds. With cost inflation indexation falling to 3%, projected yield after tax and post expense is a paltry 6%.

The conversation on fixed-income investing inevitably turns to “credit opportunity” funds, with attractive YTM’s of about 8.5% in today’s yield-starved scenario, but carrying higher credit risk. Investors have been stung by spectacular defaults in certain debt schemes which offered high yield. A US-based fund house exited its Indian mutual fund business after one such episode in which its debt fund investors lost money. Investors should take serious note of statutory warnings from mutual funds that their schemes are subject to risk. Unlike a bank deposit, mutual fund investments do not come with any guarantee or protection from the fund sponsor.

With relatively conservative debt funds offering meager returns, the funds with higher yields and greater credit risk imploding once in a while, and an uncertain outlook for bond prices, it is no wonder that even die-hard fixed-income investors are increasingly turning to equity mutual funds despite the vagaries of the markets.

Excerpts taken from an article by R BALACHANDRAN. 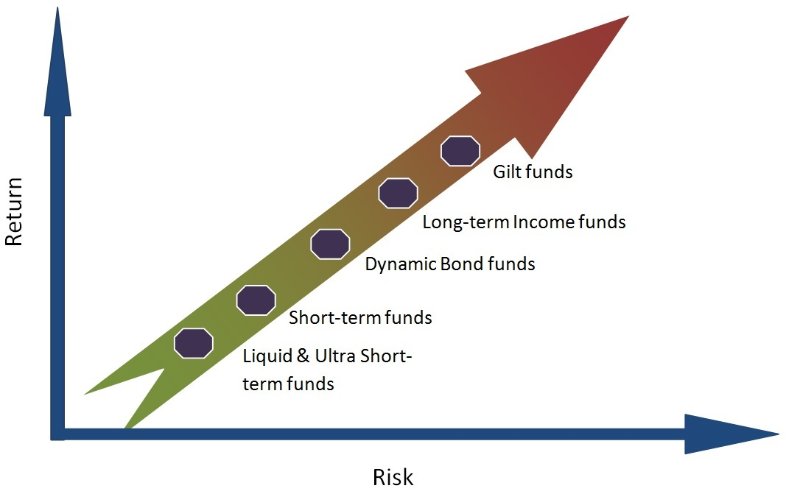 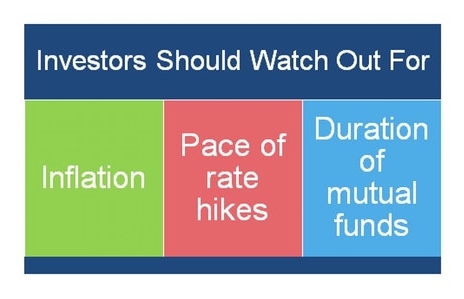