India’s millionaire club added 7,300 in the year through mid-2018, driving up its total number of dollar-millionaires to 3,43,000, with 1,500 of them holding wealth over $100 million each, according to a Credit Suisse report. The number, which is estimated to grow to 5,26,000 by 2023, would have looked more impressive but for a 6% depreciation of the rupee against the dollar during the period.

At 18.6%, India has one of the highest female fractions among its billionaires; this list is dominated by Germany with 26%.

However, overall household wealth (financial and non-financial like houses) in the country rose just 2.6% year-on-year, trailing 4.6% in China as well as globally. Also, while household wealth in India touched $5.97 trillion in 2017-18, it rose to $51.87 trillion in China that clearly established itself in the second spot in the global wealth hierarchy after the US.

The personal wealth of Indians is dominated by property and other real assets that account for 91% of household assets, in sync with developing nations. Personal debts are pegged at $840, or just 11% of gross assets, even when adjustments are made for under-reporting.

Thus, although indebtedness is a severe problem for many poor in India, the share of household debt in assets is lower than in most developed countries.

Over the past 12 months, non-financial assets in India grew 4.3%, accounting for all of the wealth growth in the country. House-price movement, with a 9% rise, remained a big driver of the non-financial component of household assets.

However, disparity in wealth accumulation remains stark in India. “There is still considerable wealth poverty, reflected in the fact that 91% of the adult population has wealth below $10,000,” the report said. At the other extreme, just 0.6% of adults (or 4.8 million) have a net worth over $100,000. The country has 4,04,000 adults in the top 1% of global wealth holders, with a 0.8% share. India’s household wealth is expected to rise by 8% a year to reach $8.8 trillion.

The report also made a passing comparison between India and the US. Total wealth in India increased five fold since 2000 to reach almost $6 trillion in 2018. Despite this remarkable increase and also having four times the population of the US, total wealth in India is comparable to the level for the US 90 years ago. “We expect it to reach $8 trillion in real terms by 2023, the level achieved by the US in 1944,” it added.

Globally, the American households continue to witness an “unbroken spell of wealth gains” for tenth straight year. Aggregate global wealth rose by $14 trillion to $317 trillion, recording a 4.6% rise. This growth rate was slower than last year, but higher than the average in the post-2008 era.

The rise in global household wealth partly reflects a continued rise in equity markets. However, the increase was due to rise in non-financial assets owned by the middle-class. 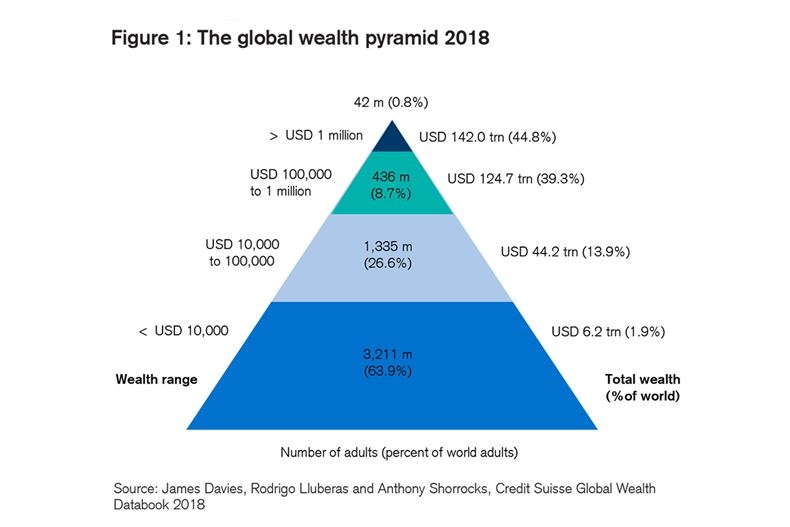 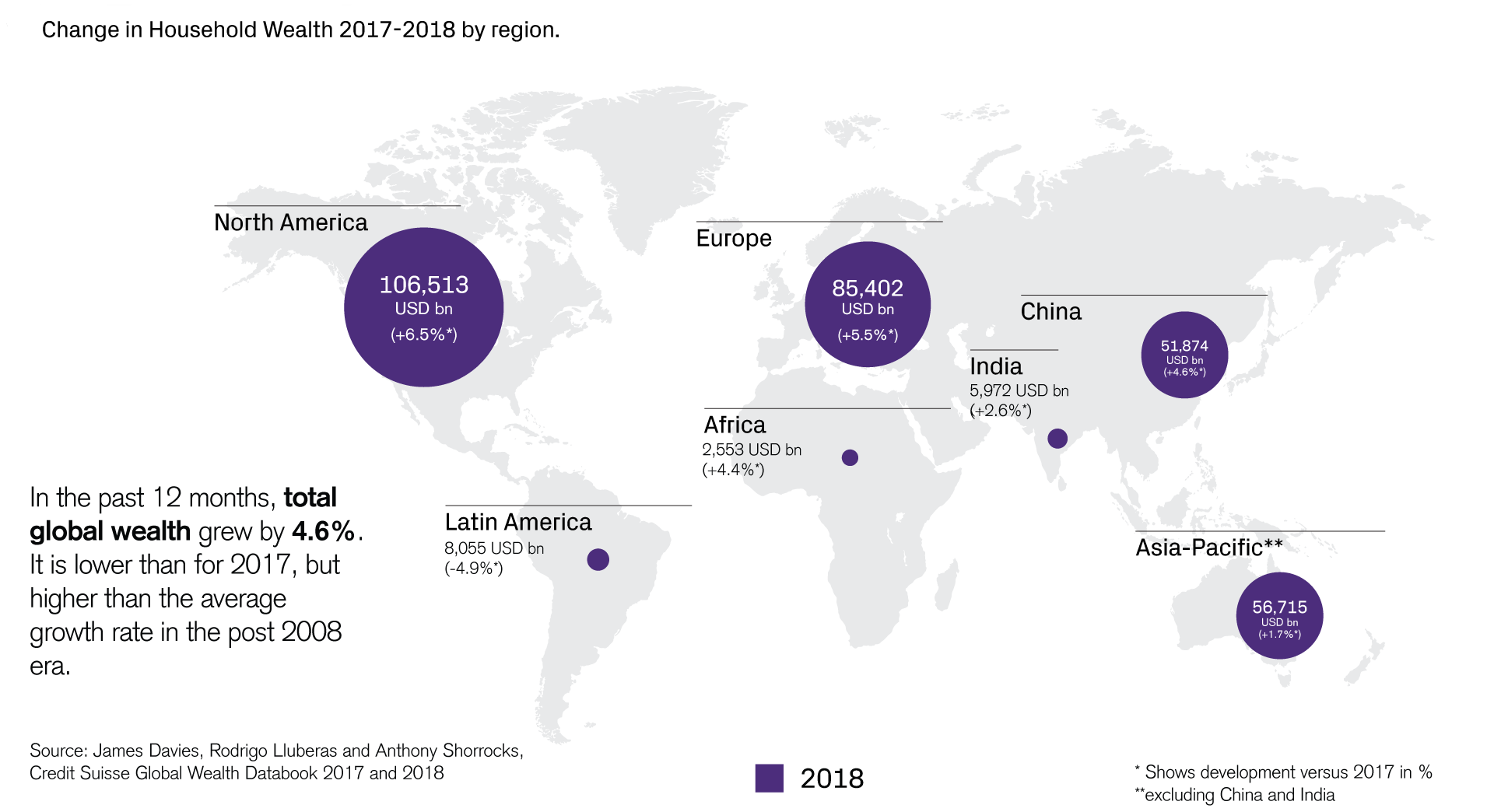