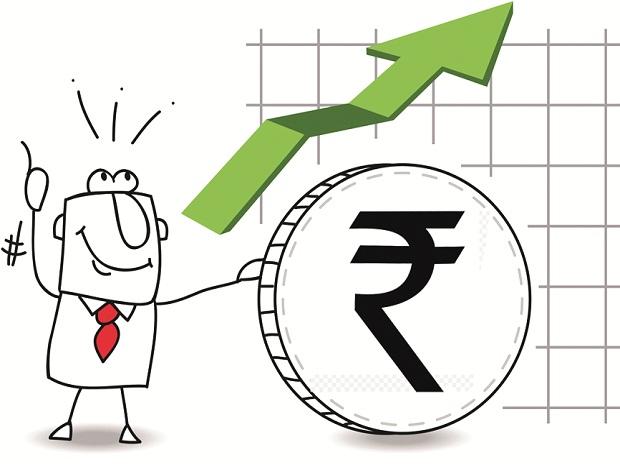 India’s personal wealth is expected to grow at a CAGR of 13 per cent to $ 5 trillion by 2022, according to a report by the Boston Consulting Group.

Its personal wealth was estimated to be $ 3 trillion in 2017. The country is also expected to become the 11th wealthiest nation globally by 2022 in terms of total personal wealth, improving its rank by four places from 2017. 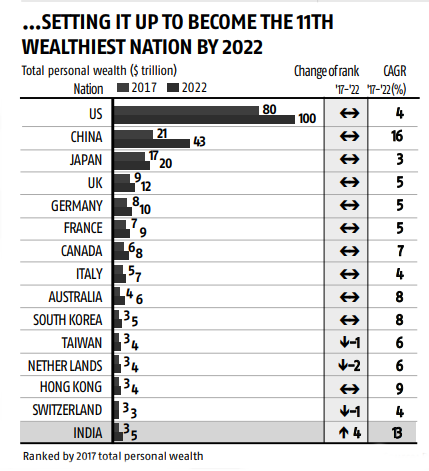 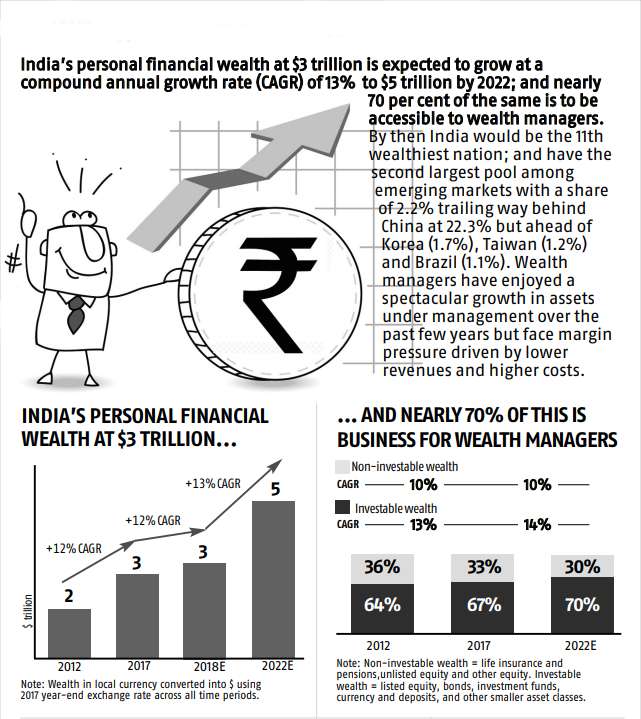 It observed that nearly 70 per cent of the country’s personal financial wealth would be accessible to wealth managers in 2022. The 70 per cent investable wealth in the country includes listed equity, bonds, investment funds, currency and deposits, and other smaller asset classes, while the 30 per cent non-investable wealth includes life insurance and pensions, unlisted equity and other equity.

The report also noted that around 6 per cent of the private wealth is currently held offshore. 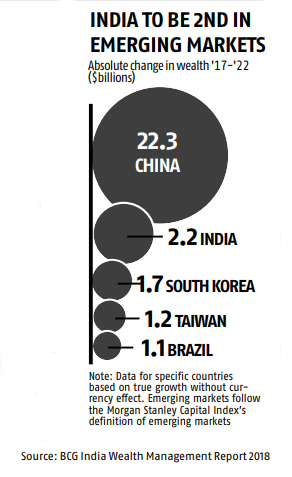