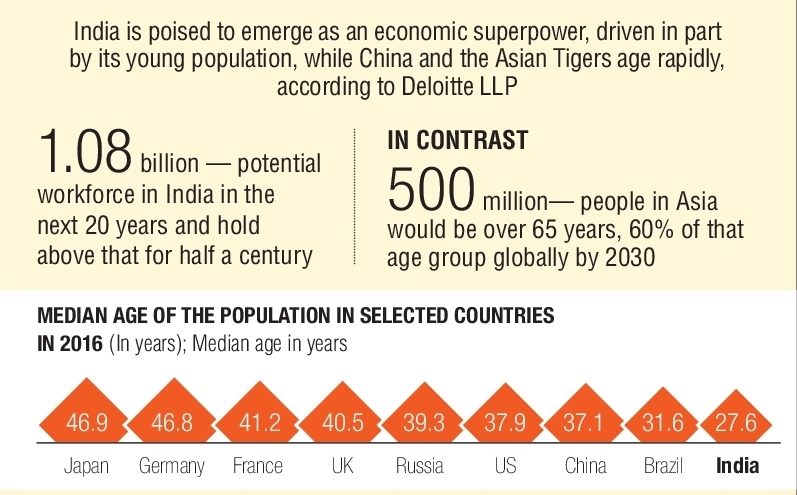 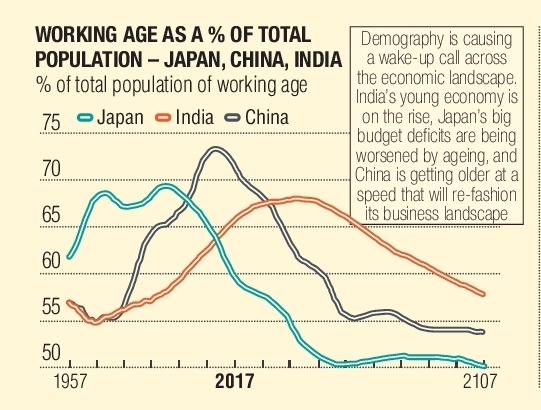 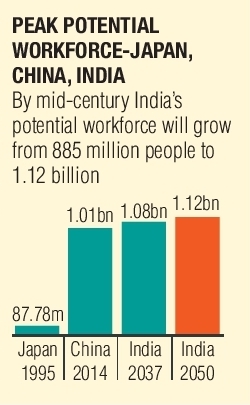 India is poised to emerge as an economic superpower, driven in part by its young population, while China and the Asian Tigers age rapidly, according to Deloitte LLP.

The number of people aged 65 and over in Asia will climb from 365 million today to more than half a billion in 2027, accounting for 60 percent of that age group globally by 2030. In contrast, India will drive the third great wave of Asia’s growth – following Japan and China — with a potential workforce set to climb from 885 million to 1.08 billion people in the next 20 years and hold above that for half a century.

“India will account for more than half of the increase in Asia’s workforce in the coming decade, but this isn’t just a story of more workers: these new workers will be much better trained and educated than the existing Indian workforce,’’ said Anis Chakravarty, economist at Deloitte India. “There will be rising economic potential coming alongside that, thanks to an increased share of women in the workforce, as well as an increased ability and interest in working for longer. The consequences for businesses are huge.’’

While the looming ‘Indian summer’ will last decades, it isn’t the only Asian economy set to surge. Indonesia and the Philippines also have relatively young populations, suggesting they’ll experience similar growth. But the rise of India isn’t set in stone: if the right frameworks are not in place to sustain and promote growth, the burgeoning population could be faced with unemployment and become ripe for social unrest. 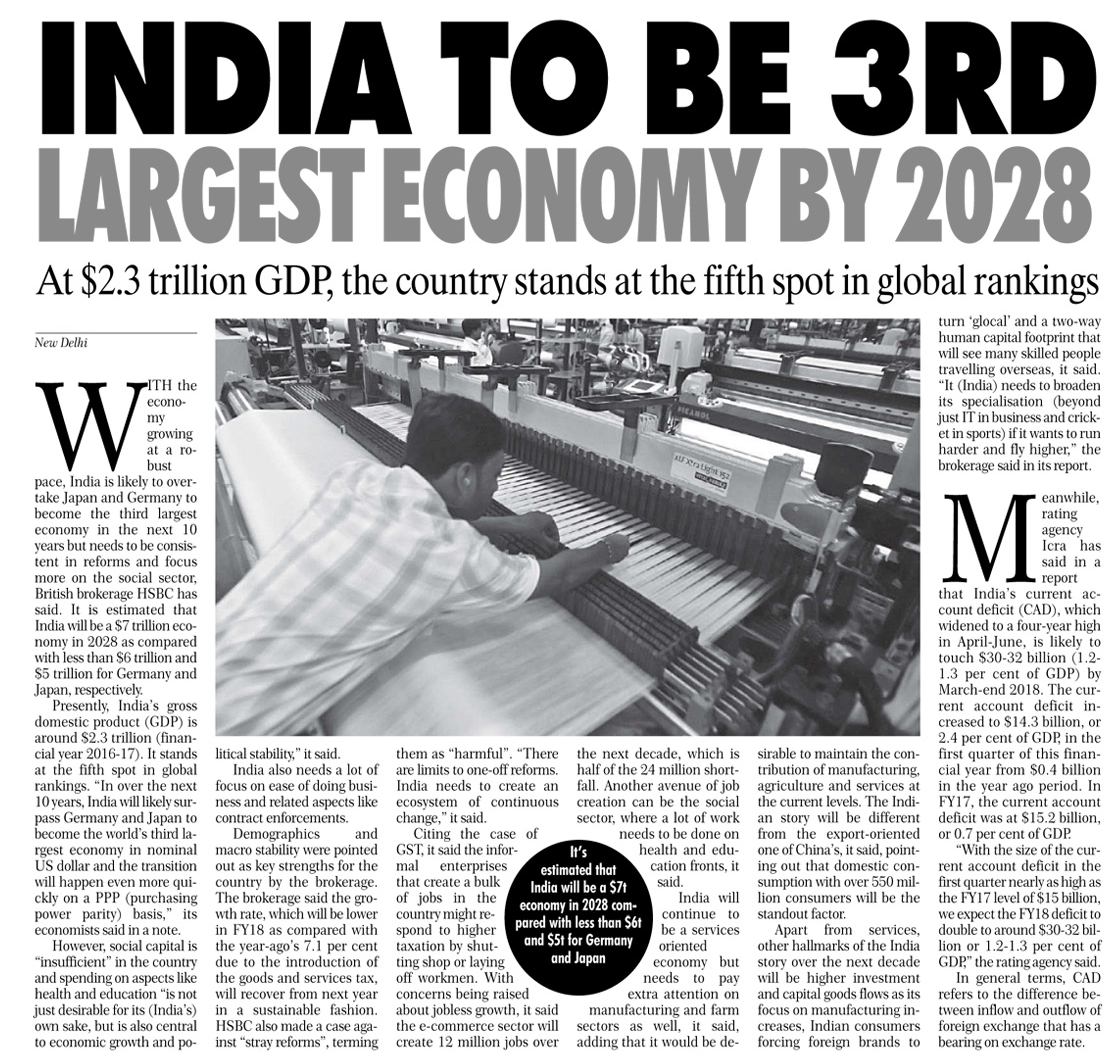