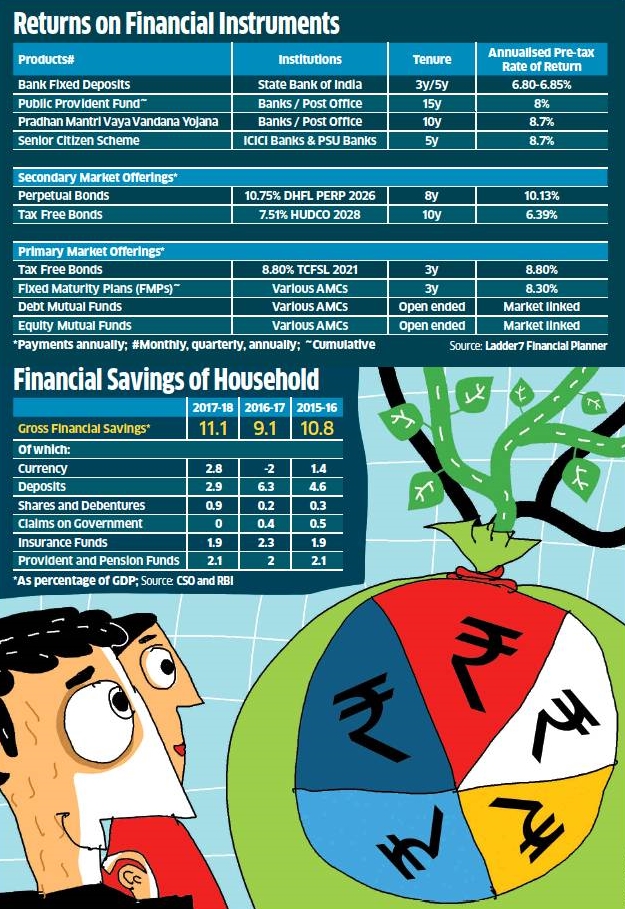 Over the past five decades, term deposits in banks have emerged as the primary instrument of financial savings for the average Indian. Coming with an unsaid sovereign guarantee of sorts, fixed deposits seemingly offered investors liquidity and safety.

Now, however, deposits must burnish their allure to retain leadership status in an increasingly crowded financial marketplace that offers choice. Take for instance, a 50-year old businessman who moved his savings from fixed deposits to fixed maturity plans, reflecting the increasing appeal of diversified and longer-duration financial products, such as mutual funds and pensions. I was paying a huge amount of tax on fixed deposits: So, I locked the bulk of my savings into FMPs and a small portion in tax-free bonds,” said he.

Savers are looking at mutual funds and provident funds for higher return.

People are becoming aware of more asset classes that offer better returns, and the quest for such assets became more pronounced after interest rates fell substantially over the past four years. Money is now flowing into both equity and debt funds. Stock indices hit record highs before the recent weakness: In FY18, the benchmark Sensex rose 10.23% when bank fixed deposits yielded about 6%.

Of course, equity market corrections would reduce the flows. The big cultural shift that has happened is that money is moving in the form of systematic investment plans. Some of this is permanent rather than temporary.

In 2016-17, there was a sharp decline in hard currency holdings because of demonetisation. Today, savers invest as much in bank deposits as they hold cash. Currency as a percentage of gross financial savings was 2.8%, up from a negative 2%, while bank deposits were 2.9% down from 6.3%.

If credit growth continues to grow at a decent rate, banks will have to raise deposit rates. As per the latest central bank data, deposit growth is 8% while credit growth is 13%. The trend has changed this year.

Bank credit fell to 4% in February 2017 on poor demand as corporates were deleveraging and new investments were not coming up. To keep up credit growth, banks focused on small and medium enterprises and retail.

While SMEs would drive growth, banks are likely to move back into corporate lending as investment climate improves, capacity utilisation enhances, and demand for new capacity revives.

The cost of funds for banks would rise if there is a broader shortage of money in the system, tight liquidity conditions because of foreign reserve operations, and lower government spending.

Adjusting for taxation, tax-free bonds or mutual funds give 7% post-tax returns, compared with 5.5% to 6% on fixed deposits. 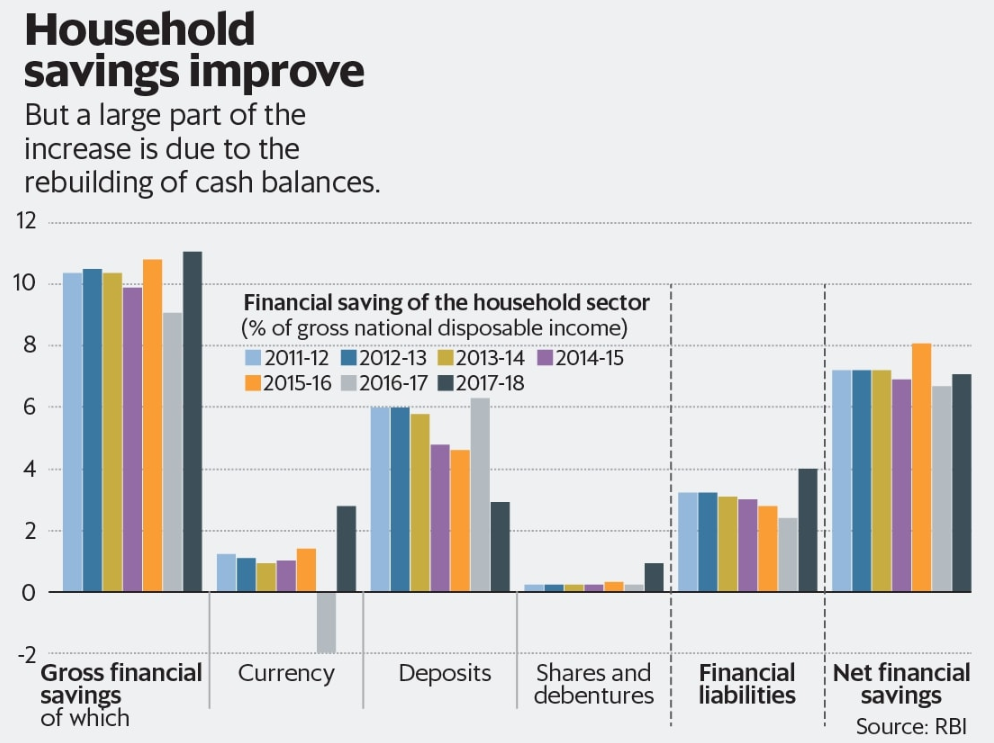 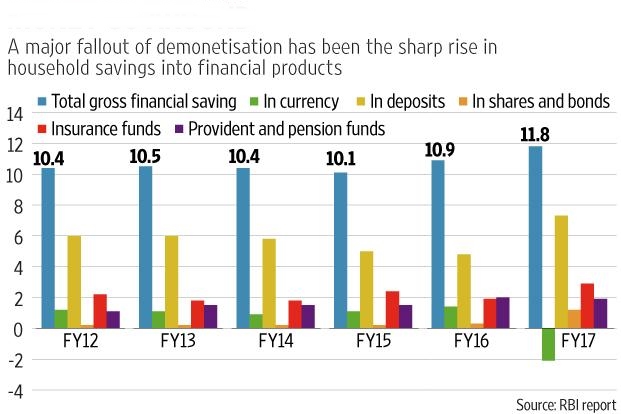