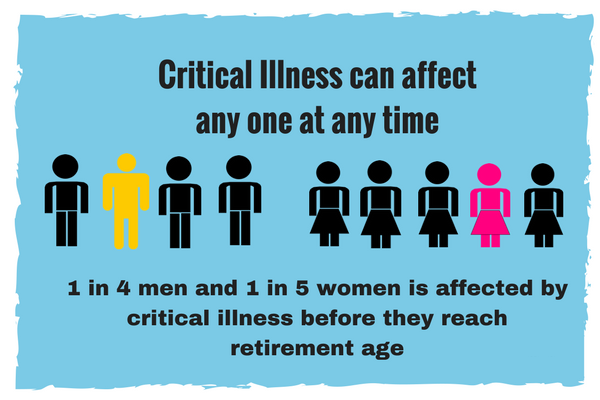 There is no upper limit for the cover under a standalone policy whereas in a rider it is restricted to the cover of the base policy.

The insured receives the sum assured when diagnosed with any of the critical illness included in the policy.

No hospitalisation is required nor are any bills or receipts required to be submitted to claim benefit. 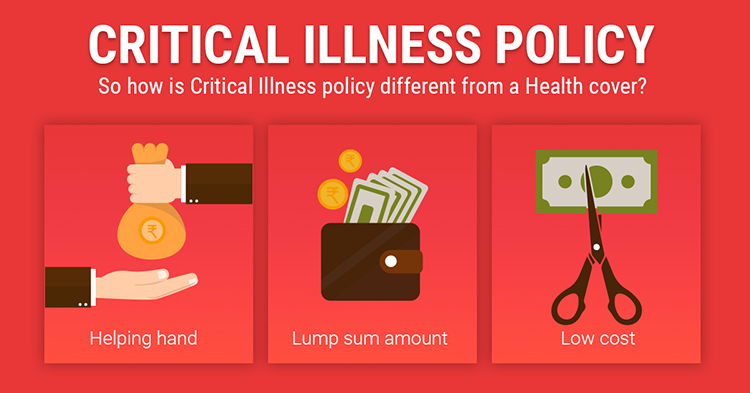 The cost of treating a critical illness is high. A hospital bill of Rs.1 lakh per day is not out of the ordinary. For cancer, costs could include surgery of the affected part, chemotherapy, radiation, diagnostics, medication and rehabilitation costs. Often the sum assured of a standard mediclaim policy falls short to cover the hospitalization costs itself.

Then, there are non-hospitalization costs. You may want to take a second opinion before undergoing a major procedure. One may want to consult a doctor abroad. For the period of treatment, which can go for months, one is typically unable to perform regular office duties. This creates double damage for the family. Expenses increase, while income goes down.

A few critical illness policies cover 30+ illnesses. Many cover 20+. A quick glance at these illnesses can also sometime reveal our vulnerability. Plans that offer coverage for higher number of illnesses are generally preferred. The important illnesses to cover are cancer, coma, stroke, heart attack, major organ transplant and kidney failure. The insurance regulator has standardized the definition of several of these critical illnesses. If an illness is mentioned across insurers, coverage is likely to be similar.

When buying a critical illness policy, one has to select a type of insurer. Life, health, and general insurers, all offer such policies but with slight variations. Life insurers offer a fixed term policy, say 15 or 20 years. Premium remains constant for the term. General and health insurers’ offer annually renewable policies. These have no fixed term and can be renewed life-long. However, premium increases with age.

A stand-alone critical illness policy, for its simplicity in execution and comprehensiveness is the preferred option. 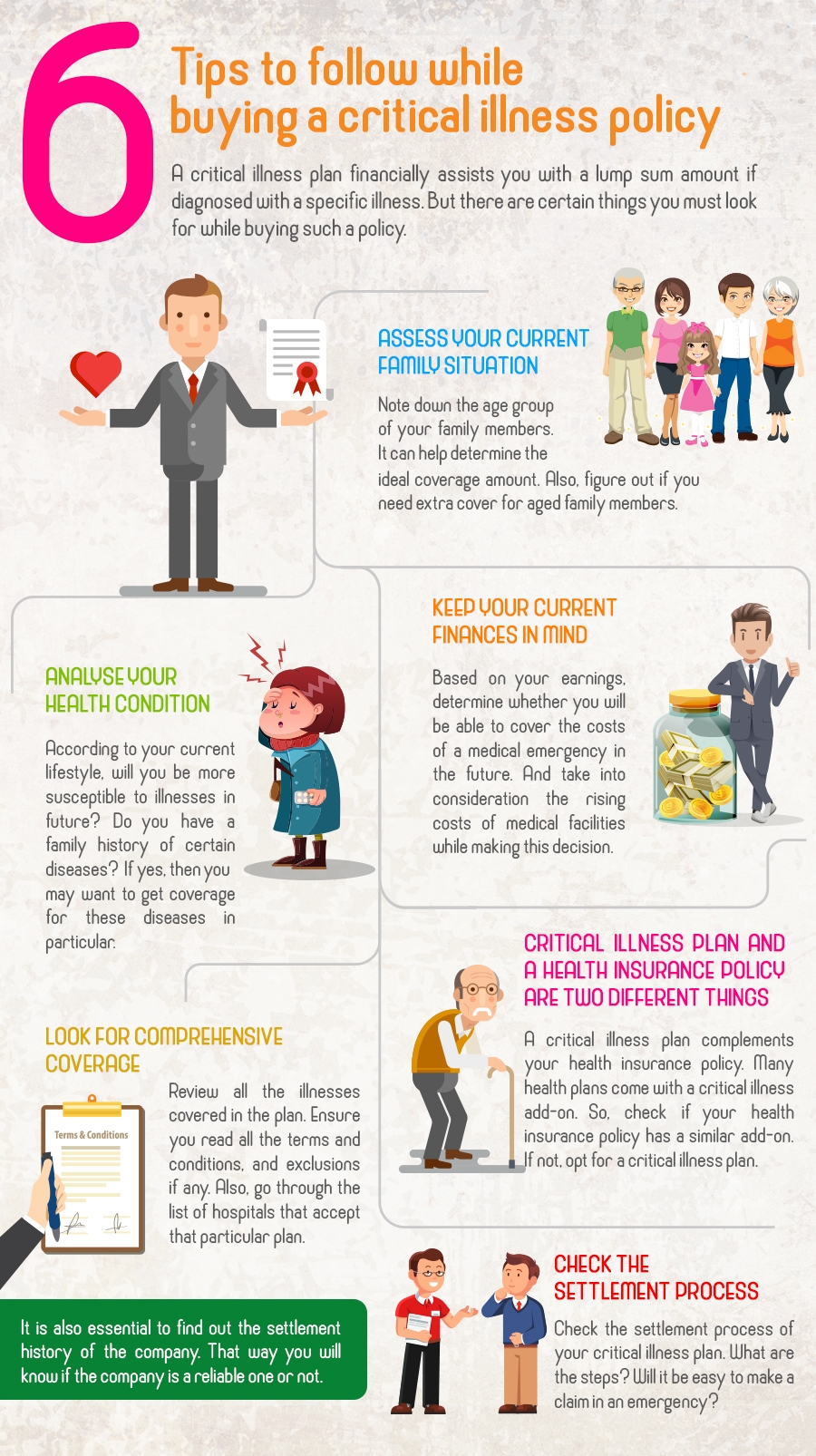