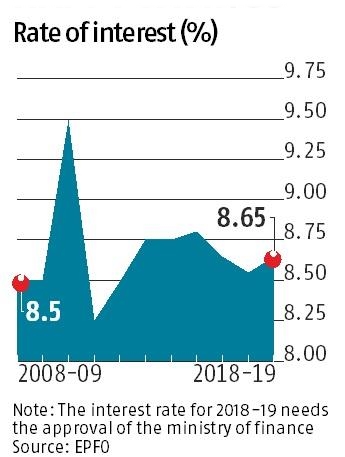 Unlike the interest rates of small savings investments such as PPF and NSC, where the rate of interest is linked to the G-sec yields, the EPF interest rate is fixed by the government based on the income it generates, which is primarily through government securities. The EPFO had started investing in equities through Exchange Traded Funds in August 2016. At present it invests 15 per cent of its Rs.1.5 crore investible deposits at hand every year in ETFs.

Administered by the Ministry of Labour and Employment, every year the Central Board of Trustees recommends the interest rate which the finance ministry finally ratifies. Generally, whatever is earned is distributed to employees, although any surplus is retained for future distribution.

Currently, the interest rate on PPF stands at 8 percent per annum. For both PPF and EPF, the earnings are tax free. While the former is available for both salaried and non-salaried, the latter is a retirement focused investment only for the salaried individuals. 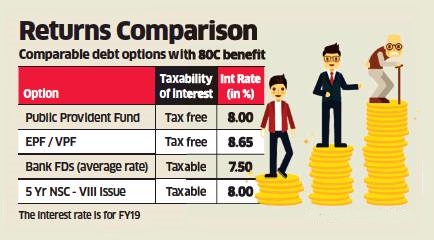