What are Masala Bonds? 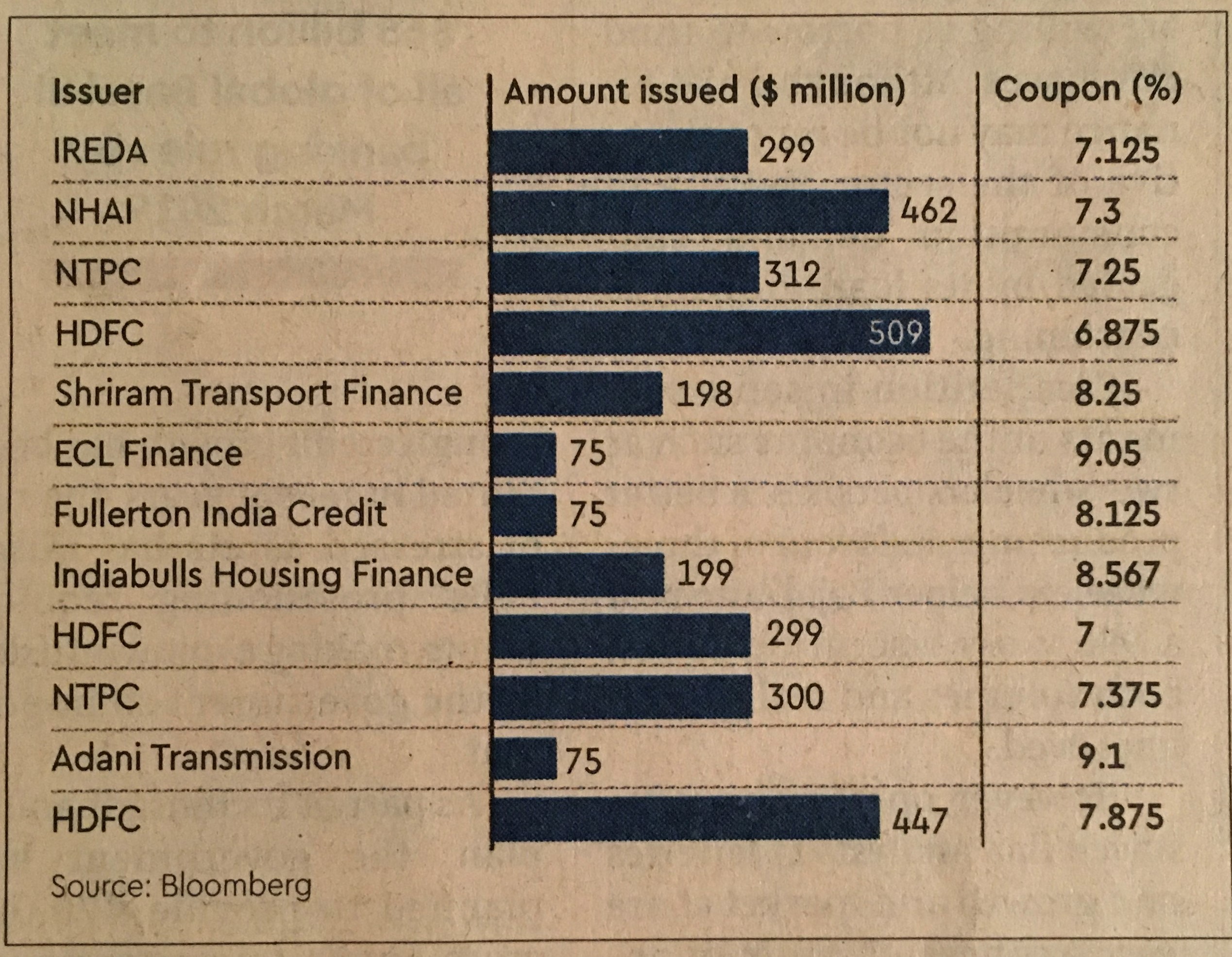 Masala bonds are debt instruments issued by Indian corporates in foreign markets but are denominated in Indian rupee. So in effect the currency risks on these bonds are borne by the investors rather than the issuing Indian companies.

In comparison, if an Indian company issues dollar denominated bonds in the foreign market on which the currency risks are borne by the issuer, those bonds are called dollar bonds.

It was IFC, the private investment arm of the World Bank which used the term Masala bonds for fixed income instruments issued by Indian companies.