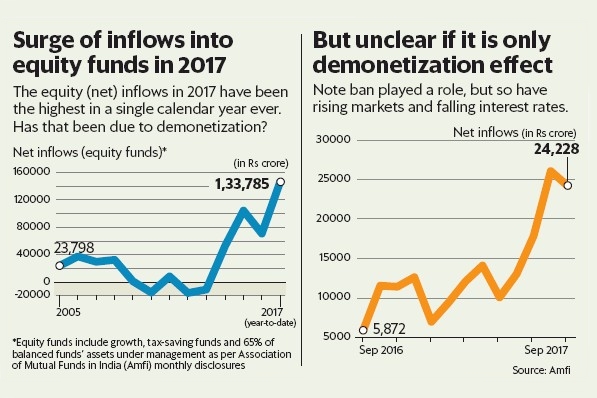 After negative net inflows (more money went out than came in) in the calendar years of 2012 and 2013, investors have been steadily and increasingly investing in equity mutual funds. But in 2017, according to Association of Mutual Funds in India, equity funds have seen a massive net inflow of Rs.1.46 trillion, the highest in the history of mutual funds in India. After having risen just 2% in 2016, the S&P BSE Sensex has already risen 25% this year.

Did demonetization push investors to invest in mutual funds, or have inflows come in only because equity markets have risen consistently in the recent past? Most industry experts said the surge in inflows is the outcome of a combination of factors, including demonetization.
Investors also consciously moved away from real estate. Fall in bank fixed deposit rates on account of a surge of funds in bank accounts after demonetization also helped mutual funds inflows.
Fund houses say that the equity market has done well and that has been a big factor in attracting investors. 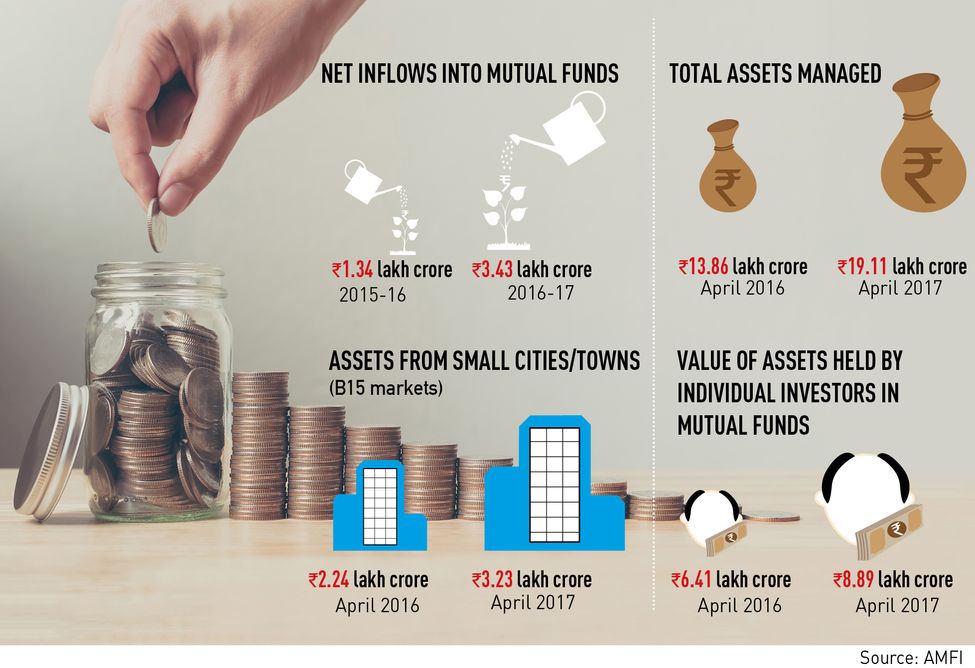 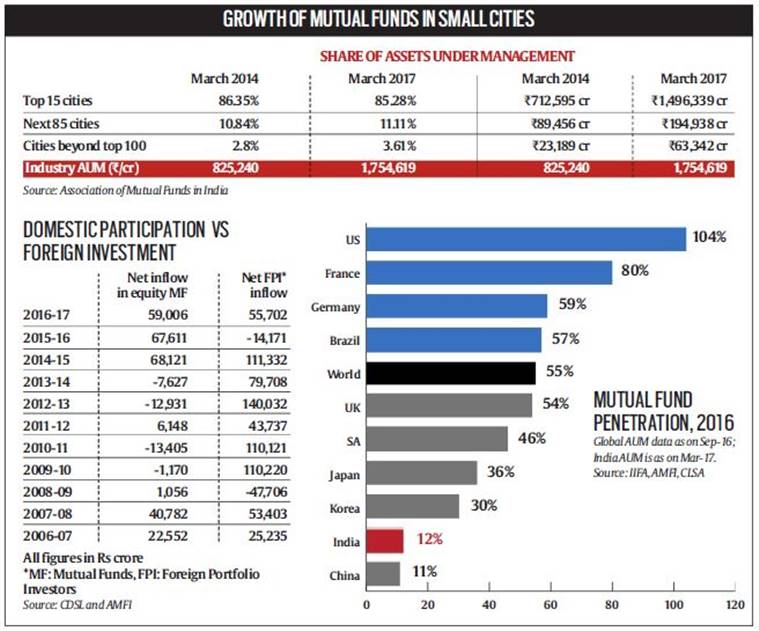 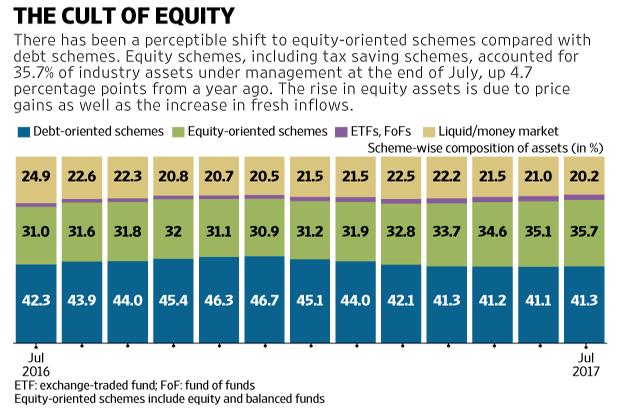 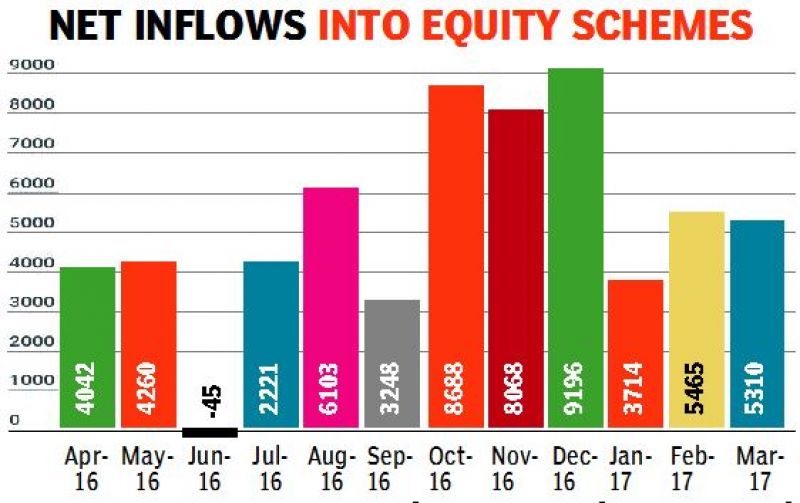