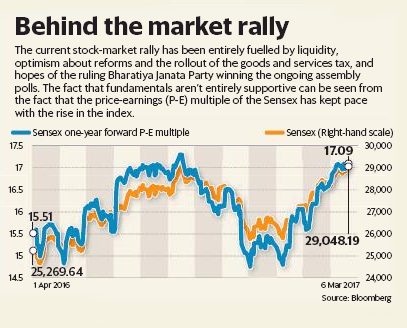 Indian equities closed at a two-year high yesterday as the government moved closer to rolling out the GST, and hopes that BJP will win the ongoing assembly polls in Uttar Pradesh.
The Sensex closed up 215.74 points, or 0.75%, at 29,048.19. The Nifty was up 65.90 points, or 0.74%, at 8,963.45.
The optimism around polls have added impetus to a liquidity fuelled rally that has made Indian equities one of the highest gainers in the world so far this year. According to Bloomberg data, the Sensex and Nifty have gained around 9% in 2017, lagging only Turkey, Brazil and Poland among major emerging markets.
This has largely been funded by mutual fund inflows and money from foreign portfolio investors who have bought almost $2 billion of Indian shares this year. The fact that it is liquidity driven can also be seen from the rising price-earnings multiple, which is at a 61.8% premium to the comparable yardstick for MSCI Emerging Markets Index.
However, if the UP poll turns out to be different from expectations, that could have an adverse effect on markets, analysts warned. 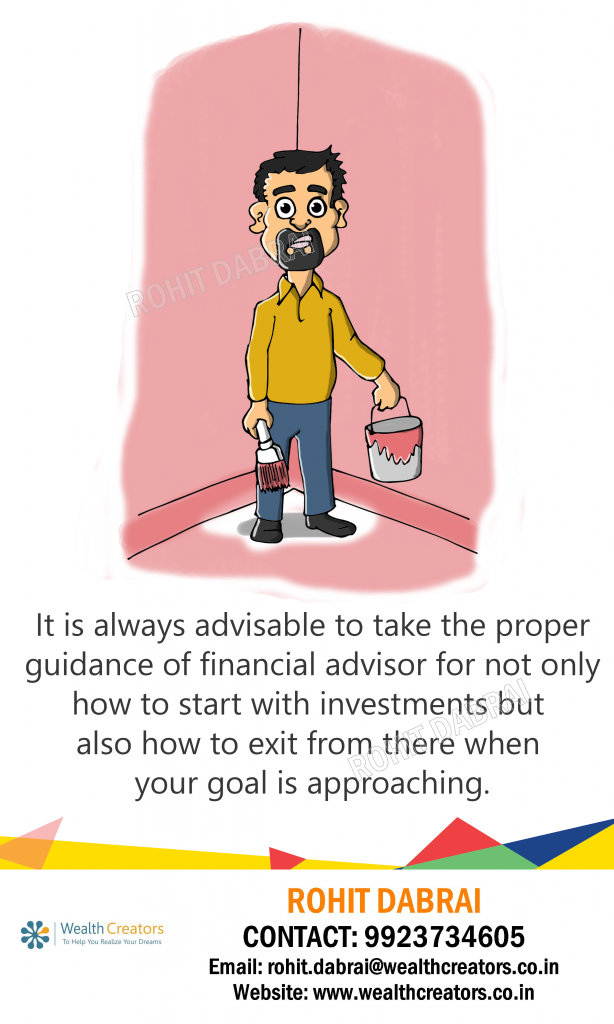