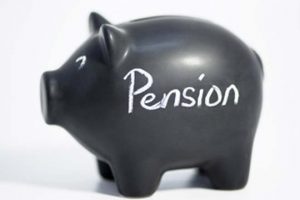 The Pension Fund Regulatory and Development Authority has tweaked investment norms to allow subscribers of National Pension System to change their asset allocation twice in a financial year. However, the choice of change of pension fund manager will be once a year.

At present, NPS subscribers can change their investments among equity, corporate bonds, and government securities only once a year.
Subscribers get two options for investment – Active where there is flexibility to choose own asset allocation across equity, corporate bonds and government securities or Auto Choice, where the investment is done as per the age.
The new norms come into effect from FY 18 beginning April 1.
In the NPS-Corporate Model where the choice of Pension Fund and Investment Options is exercised at corporate level, the corporates will also have the option to change the investment option and also asset allocation ratio twice a year.

The pension fund regulator has introduced two other investment options: Up to 75% in equity for aggressive investors and up to 25% for conservative investors. Earlier, NPS restricted investment towards equities fund to 50% of contribution amount for both Tier I and Tier II accounts.
However, subscribers can invest up to 100% in corporate bonds or government securities fund.
Currently, only up to 15% of government employees’ funds is invested in stocks.
The regulator is discussing with the government to allow government employees to raise their contribution in stocks, as well as choose even private fund managers under NPS.

Want to shift your PF to NPS?

Are you interested in transferring your EPF or the funds lying in your superannuation account to the NPS?

If so, the PFRDA has issued broad guidelines for giving effect to such transfer. Thus, subscribers interested in getting PF or superannuation fund transferred to NPS has to ensure the following:

• The subscriber should have an active NPS Tier-1 account.

• In case of government employees the employee should request the PF/Superannuation fund to issue a letter to his present employer mentioning that the amount is being transferred from the fund to be credited to the NPS Tier-1 account of the employee.

• The present employer or Point of presence (POP) ie the nodal office while uploading the fund has to mention the transfer from PF/superannuation fund in the remarks column while uploading. The upload has to be made as per request letter of the ex-employer.

• In case of private sector employees, including subscribers covered under All Citizen’s Model NPS, the employees should request the recognised PF/superannuation fund to issue a letter to the present employer/PoP as the case may be mentioning that amount is being transferred from the PF/Superannuation fund to be credit in the NPS account of the employee/individual Tier-I account

• The POP will get the amount collected and the same has to be uploaded in the NPS account of the subscriber.

PFRDA has pointed out that as per the provisions in the Income Tax Act, the amount transferred from recognised PF/superannuation fund to NPS will not be treated as income of the current year and is hence not taxable. Further, the transferred PF/superannuation fund will not be treated as contribution of the current year by employee/employer and accordingly the subscriber would not make I-T claim for contribution for this transferred amount.