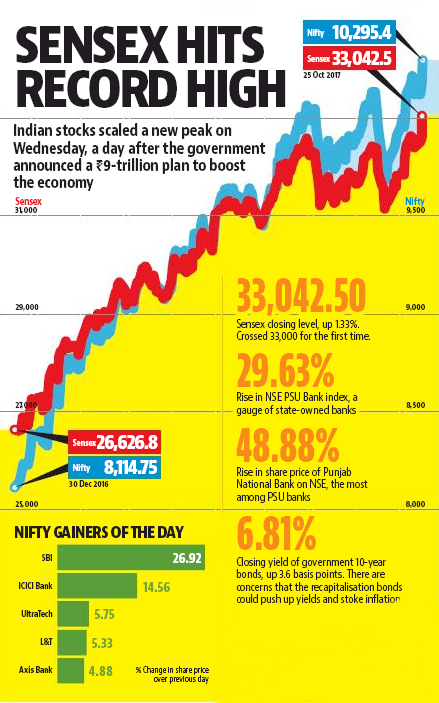 A day after the government unveiled plans to recapitalize bad-loan laden public sector banks, coupled with a big push for road construction, stock markets scaled a lifetime high as investors and analysts cheered the moves to lift economic growth.

Not only does the combination of good news reflect a sharp uptick in sentiment, it renews hope that a recovery in economic growth—which had decelerated to 5.7% in the first quarter, the slowest in three years—is imminent and likely to be broad-based.

On Tuesday, the government announced a Rs.2.11 trillion recapitalization package for public sector banks and Rs.6.92 trillion of investment in the construction of roads.

The clear belief is that the combination of measures would revive investments, accelerate growth and generate jobs. Several institutions and brokerages have forecast a recovery in economic growth in the second half of this fiscal.

The recapitalization plan is expected to free up banks to boost credit. Loan growth has been stagnating at single-digit levels as public sector banks, which account for close to 70% of advances, shunned lending due to stretched capital positions. Brokerages expect the easing in credit conditions (as PSU Bank index banks lend more due to fresh capital) to push up growth in the coming quarters.

According to Bank of America Merrill Lynch, bank recapitalization will lower lending rates, spur aggregate demand, put idle factories to work, exhaust surplus capacity and spark investment in two-three years. It expects loan growth to turn around on sufficient reserve money, another lending rate cut and demonetization’s base effects. But some struck a note of caution. UBS Securities India Pvt. Ltd said, “The scheme’s impact on the fiscal deficit, liquidity and inflation is likely to be insignificant in the near term because of the way it’s designed. The new road programme doesn’t alter the growth outlook for road spending or the capex cycle in our view. In the near term, the Nifty may further overshoot our upside scenario of 10,000 for end-2017.”

Earlier in March this year, Brokerage house Morgan Stanley has raised its target for India’s benchmark Sensex by 10 percent to 33,000 for December 2017…. 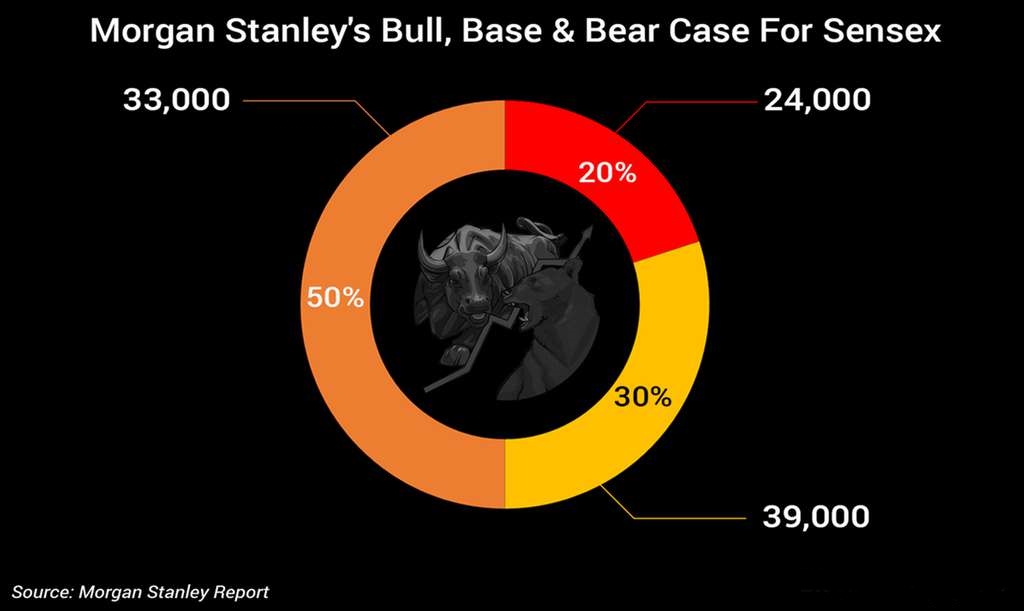