Perception of Net Worth 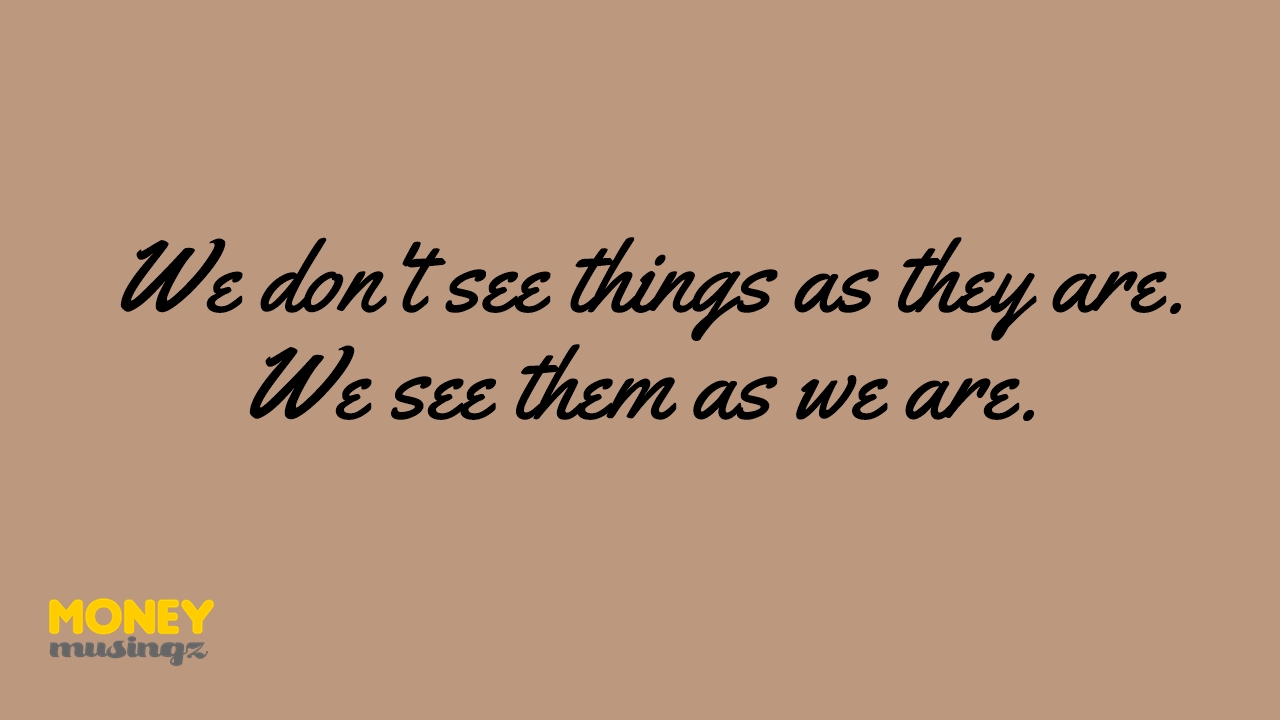 Four in ten American millionaires–persons worth at least Rs.6.5 crore don’t consider them selves wealthy, and most Americans worth more than $25 million (Rs.160 crore) say they are not `financially secure’. It turns out we are terrible at judging our own wealth.

Why do our minds trick us into feeling richer or poorer than we really are?

Partly because money is an emotional topic and “our feelings about it are often synced to how we’re feeling more broadly.“ If you are going through an anxious and pessimistic phase, you will feel poorer than you really are. On the other hand, if you are euphoric about something, you could spend more than you ought to.

How we hold cash also makes a difference to our perception of wealth. If you have a lot of money in fixed deposits, but only a few hundred rupees in your savings bank account, you will feel poorer than someone who keeps a few thousand rupees handy. Your account balance “seems to sway subjective wealth more than any other type of asset,“ research by Joe Gladstone, a consumer-behaviour scientist at University College London, found.

Owning a mansion doesn’t alter the sense of wealth in the same way because it’s not something you think about as often. Even spending money can make you feel rich, provided you do something generous with it, such as make a donation to charity.“ Alternatively, spending money on mundane obligations, like electricity bills and parking tickets, can make people feel poorer.“

Feelings about wealth are of course based on comparisons, and we are most likely to compare ourselves with the people around us–neighbours, friends, and family. “These reference points can influence people’s purchasing decisions, life decisions, and even their happiness.“

Seeing people in our circle splurge can lead us to believe they are wealthier than us. “Spending is public, but saving is private. We see our neighbours taking lavish vacations and buying new cars -not their debt or dwindling savings.“

Say, some people in our circle are living beyond their means and some are being miserly. We wrongly consider the first lot as wealthier than us, and the second poorer. This is how most people inaccurately classify themselves as middle class.

It is one thing to feel envious of those we consider better off, but splurging to keep up with them can be harmful in the long run.

You might not be saving enough for retirement, as a result.

Strangely, people don’t cut down on spending when they are feeling poorer.

“Some research on scarcity suggests that feeling poor, even if you’re not, can incite brash purchases and other financial decisions that are in a word, dumb.“ For instance, you might take out an expensive personal loan to buy a car, just because someone you know bought one recently.