India’s main stock indices have remained resilient compared to many other markets since the last Union Budget. But that does not give you the real picture. Beneath the surface, there has been a dent in investor wealth.

In the 50-share Nifty, 26 stocks are currently trading 20% below their 52-week highs. When an index falls 20% continuously, it is said to be in a bear phase. 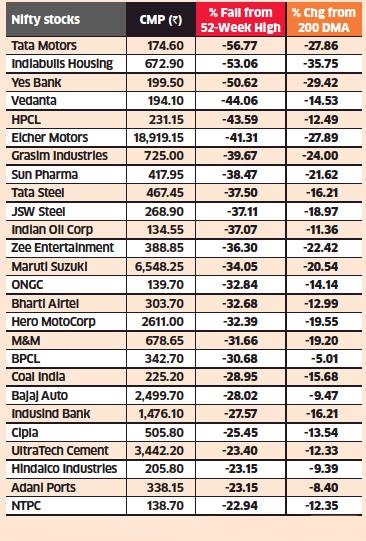 Rampant selling seen from the foreign institutional has been one of the major reasons for the under performance of the large section of stocks. FIIs sold nearly ₹36,000 crore worth of Indian equities in 2018.

Ten stocks such as Reliance, TCS, HUL, Infosys, HDFC Bank, Bajaj Finance, Nestle, Axis Bank, Asian Paints and Wipro contributed nearly ₹6.52 lakh crore to the market capitalisation since February 1 last year. Without these gains, the benchmark indices would have probably been in a bear market. The Sensex and the Nifty have lost 1.2% and 3.6%, respectively, since February 1 compared to 17.46% fall in the MSCI Emerging Market Index. 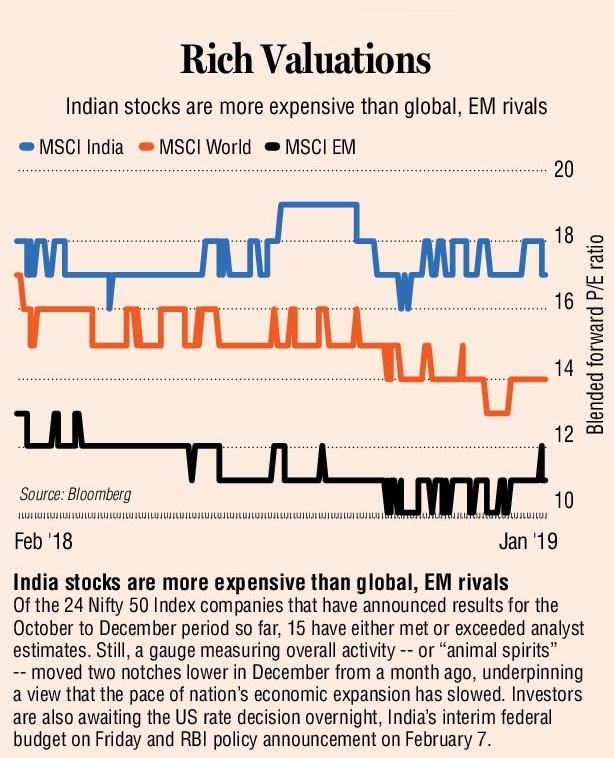