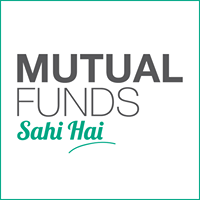 Mutual funds have added Rs.3 trillion to their asset base in 2018. This uptrend may continue in the New Year as there is likely to be consistent rise in the SIP flows as well as strong participation from retail investors despite volatile markets.

The investor count is also estimated to have grown by over 13 million during the year. However, the industry experts believe the final AUM figure at December-end might be slightly lower than that of November as there could be a dip in liquid funds due to a quarter-end phenomenon.

The pace of growth, however, declined for the asset size in 2018 as compared to the last year. The industry had seen a surge of 32 per cent in the AUM or addition of over Rs.5.4 trillion in 2017.

The IL&FS default and the consequent blow to the NBFC sector because of the credit crunch exposed mutual funds to billions worth of ill-liquid debt funds. This coupled with volatile markets could be some of the reasons for slower growth in assets base this year.

Going into 2019, the fund houses expect the industry would witness robust growth as the sector is yet to tap its full potential. Besides, several measures taken by the regulator Securities and Exchange Board of India will help in increasing the penetration of mutual funds.

Moreover, a sharp rise in SIPs shows more people moving away from the concept of large lump-sum investments. Fund houses have garnered over Rs.806 billion through SIPs -a preferred route for retail investors to invest in mutual funds as it helps them reduce market timing risk.

The industry added close to 1 million SIP accounts each month on an average in 2018 with the collection on a monthly basis rising to over Rs.67 billion this year from over Rs.49.5 billion in 2017.