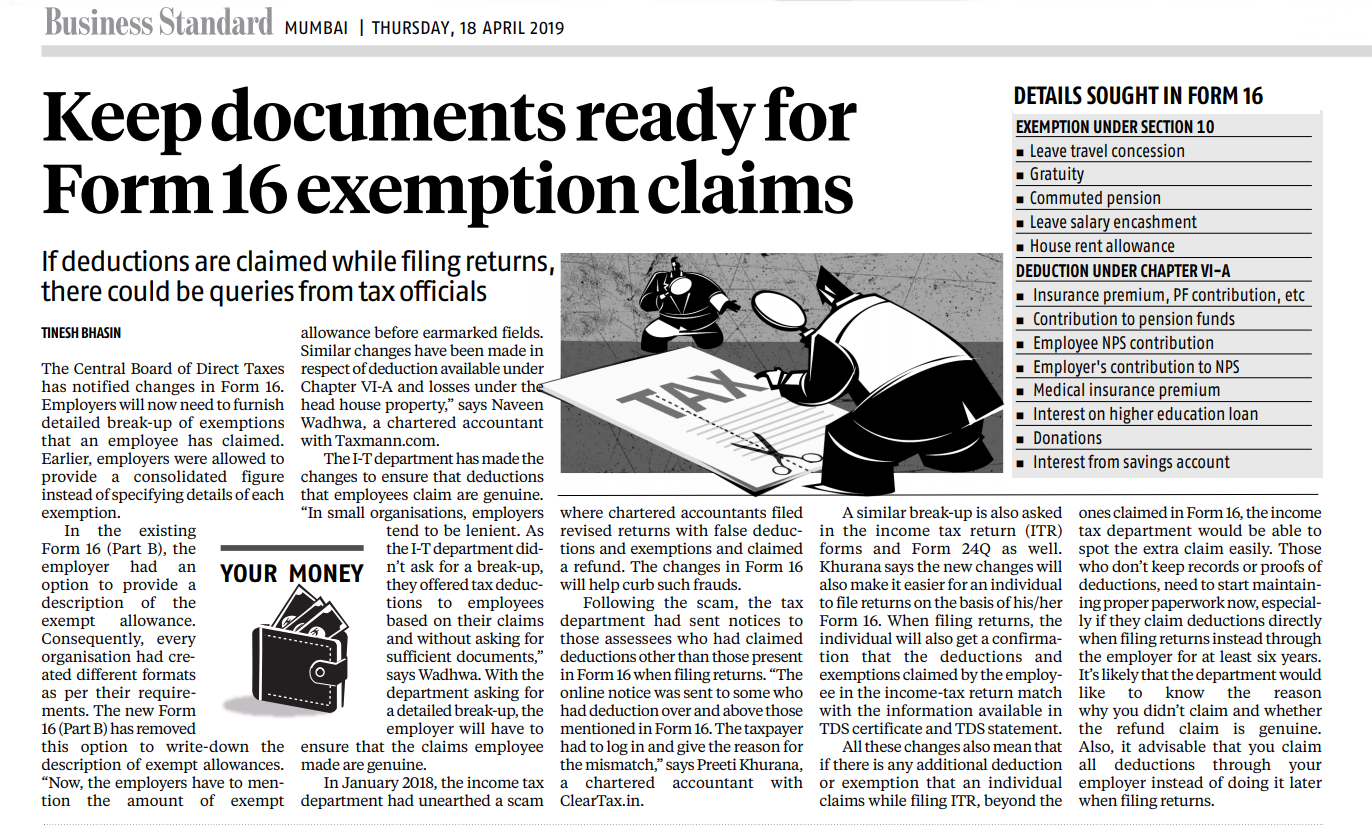 The Income Tax department has revised Form 16 by adding various details, including income from house property and remuneration received from other employers, thereby making it more comprehensive to help check tax avoidance.

The amended form will come into effect from May 12, 2019. This means the income tax returns for financial year 2018-19 will have to be filed on the basis of revised Form 16. Form 16 is a certificate issued by employers, giving details of employees’ TDS (tax deducted at source) usually by mid June and is used in filing I-T returns.

The move is aimed at stricter scrutiny of claims made by assessees to check tax avoidance or evasion.

The Income-tax Act, 1961 requires every employer to issue a certificate giving details of salary along with the tax deducted at source of each its employee in Form 16.

It will also include segregated information regarding deductions under various tax saving schemes, investments in tax saving instruments, different allowances received by the employee as well as income from other sources.

Among other things, the revised Form 16 will also include details of deductions in respect of interest on deposits in savings account, and rebates and surcharge, wherever applicable.

The I-T department has already notified income tax return forms for fiscal 2018-19. Salaried class and those who do not have to get their accounts audited, will have to file their ITRs by July 31 this year.

Meanwhile, the income tax department has also modified Form 24Q, which is furnished by employer to the tax department. It will include additional details like Permanent Account Number of non-institutional entities from whom the employee has taken loan for buying or constructing housing property.

Form 16 and Form 24Q have been amended with an intent to make them more informative. The same has been done in order to bring the Forms in parity with latest changes made in ITR Forms such as disclosure of standard deduction and exemptions claimed under section 10.

Earlier, where the disclosure of various deductions were mentioned in a consolidated manner, ranging from 80C, 80CCD, 80E, 80G would now be required to be disclosed separately. These specific disclosures would provide ease to the tax authorities in understanding the various components of income of the taxpayer and thereby, facilitating the conduct of scrutiny more precisely.

The changes in Form 24Q will further help in identifying any fabricated transaction undertaken with an aim of tax avoidance. 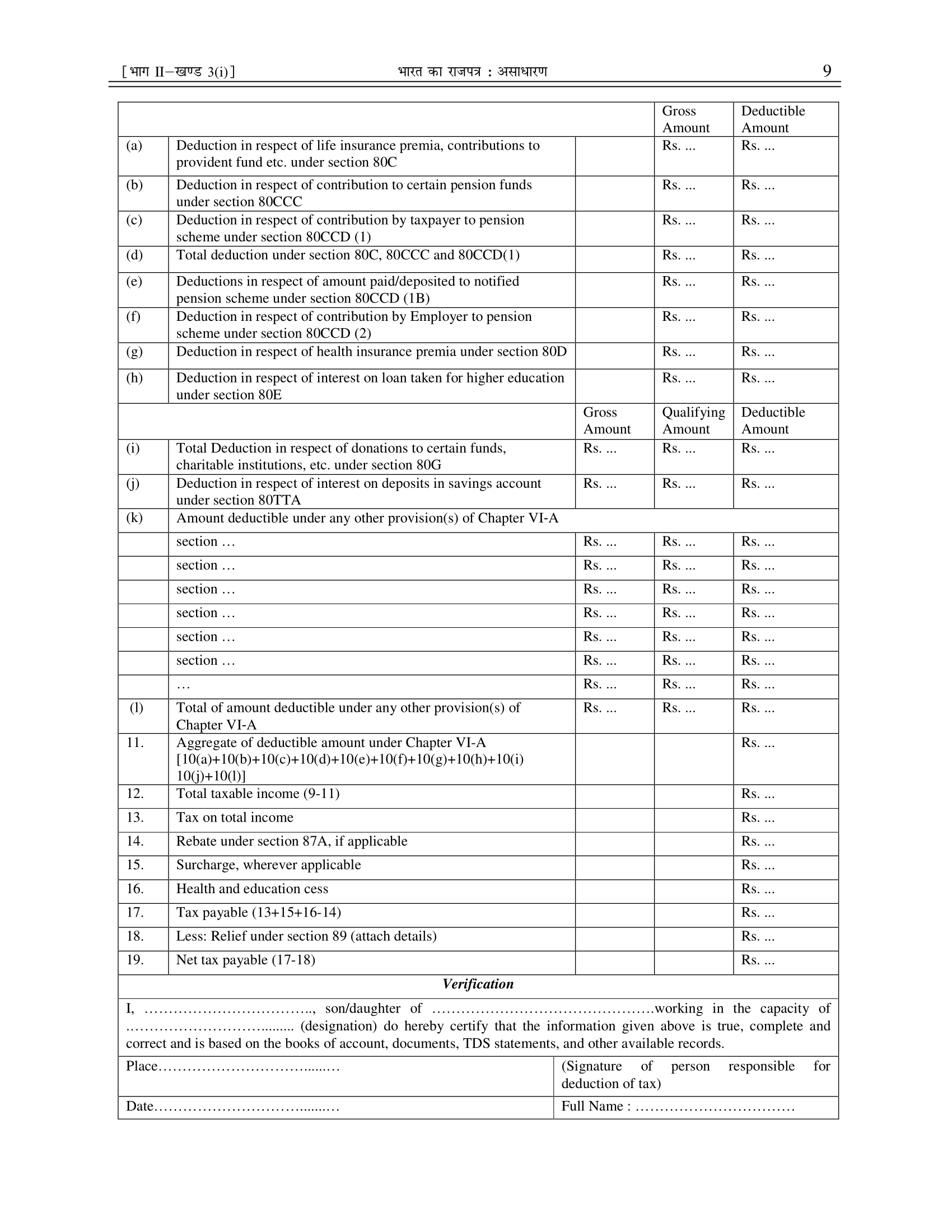 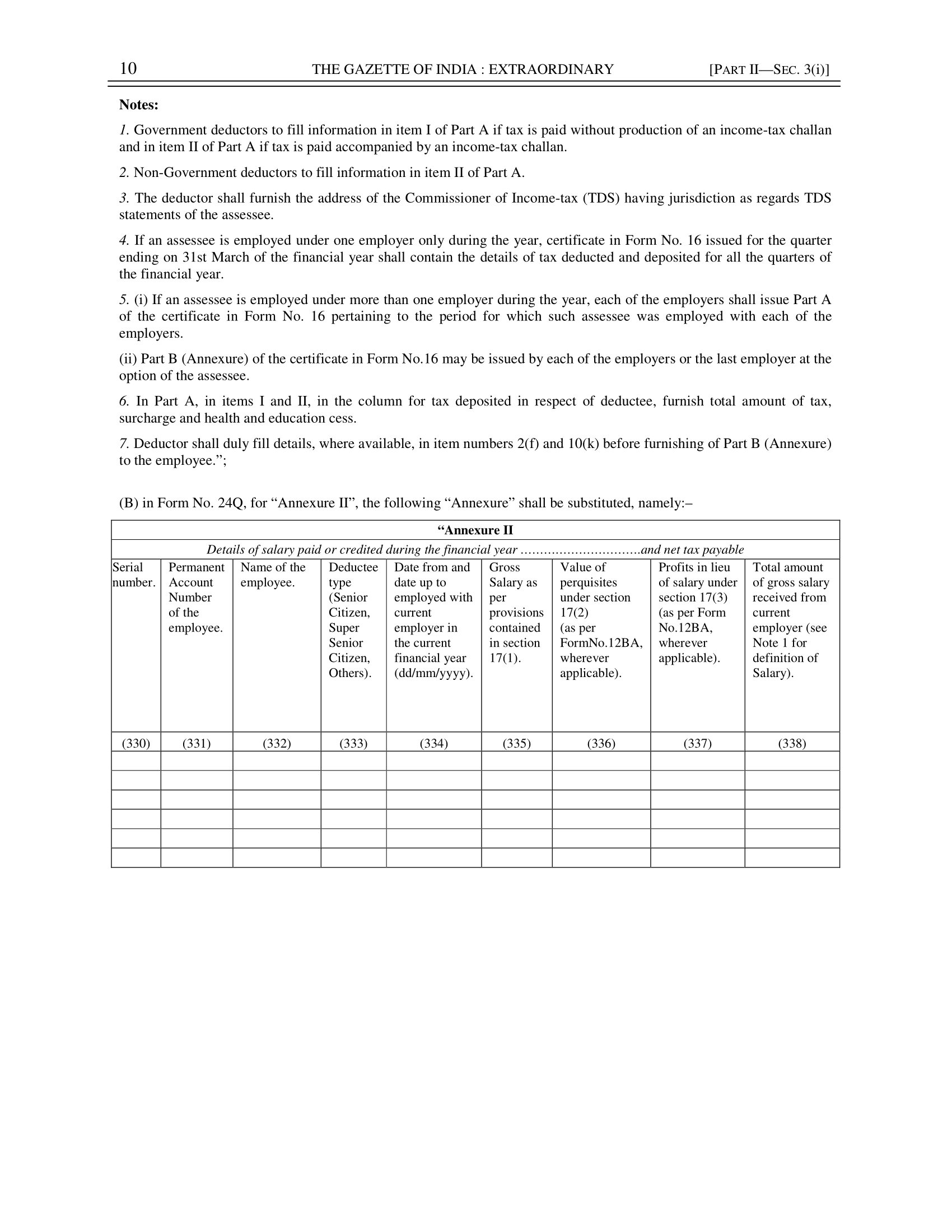 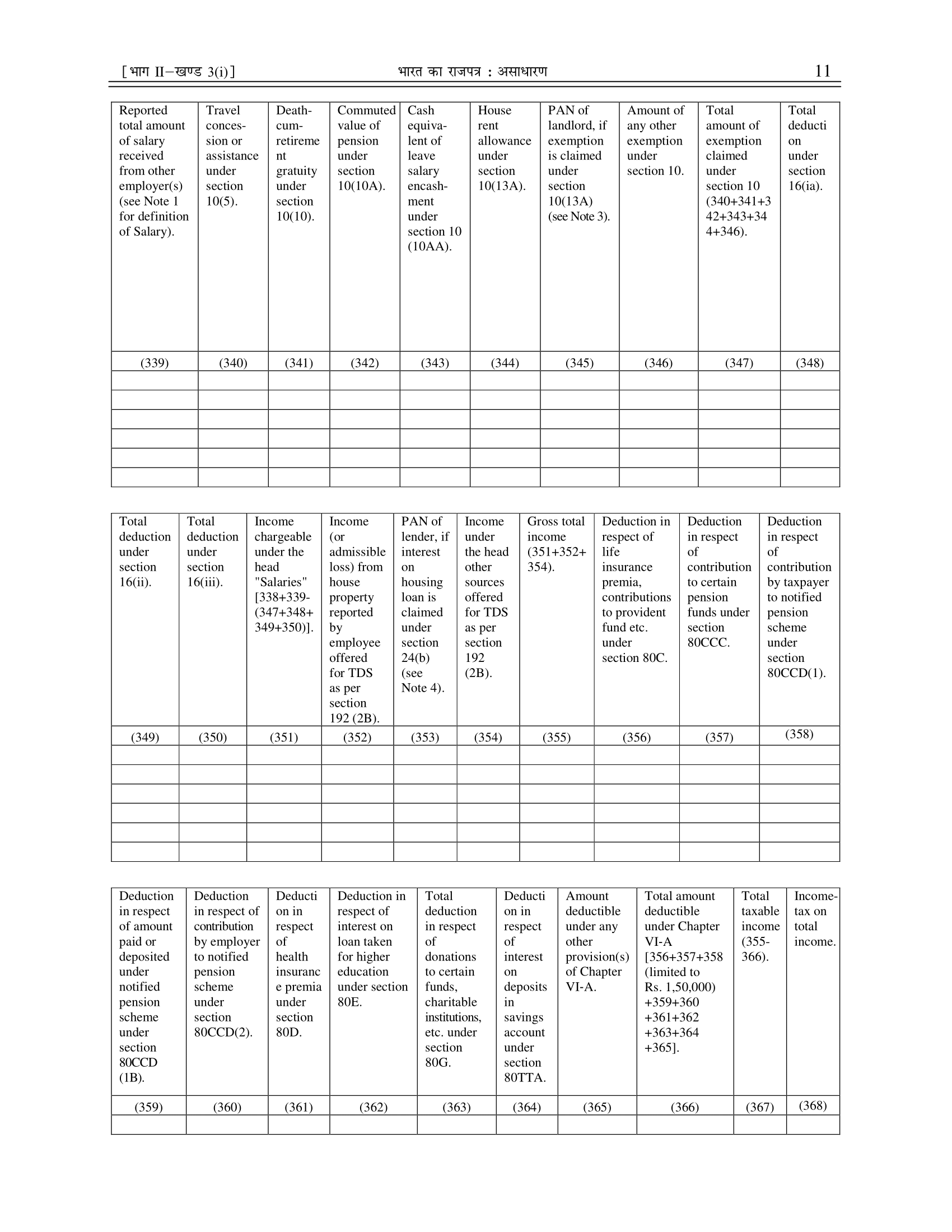 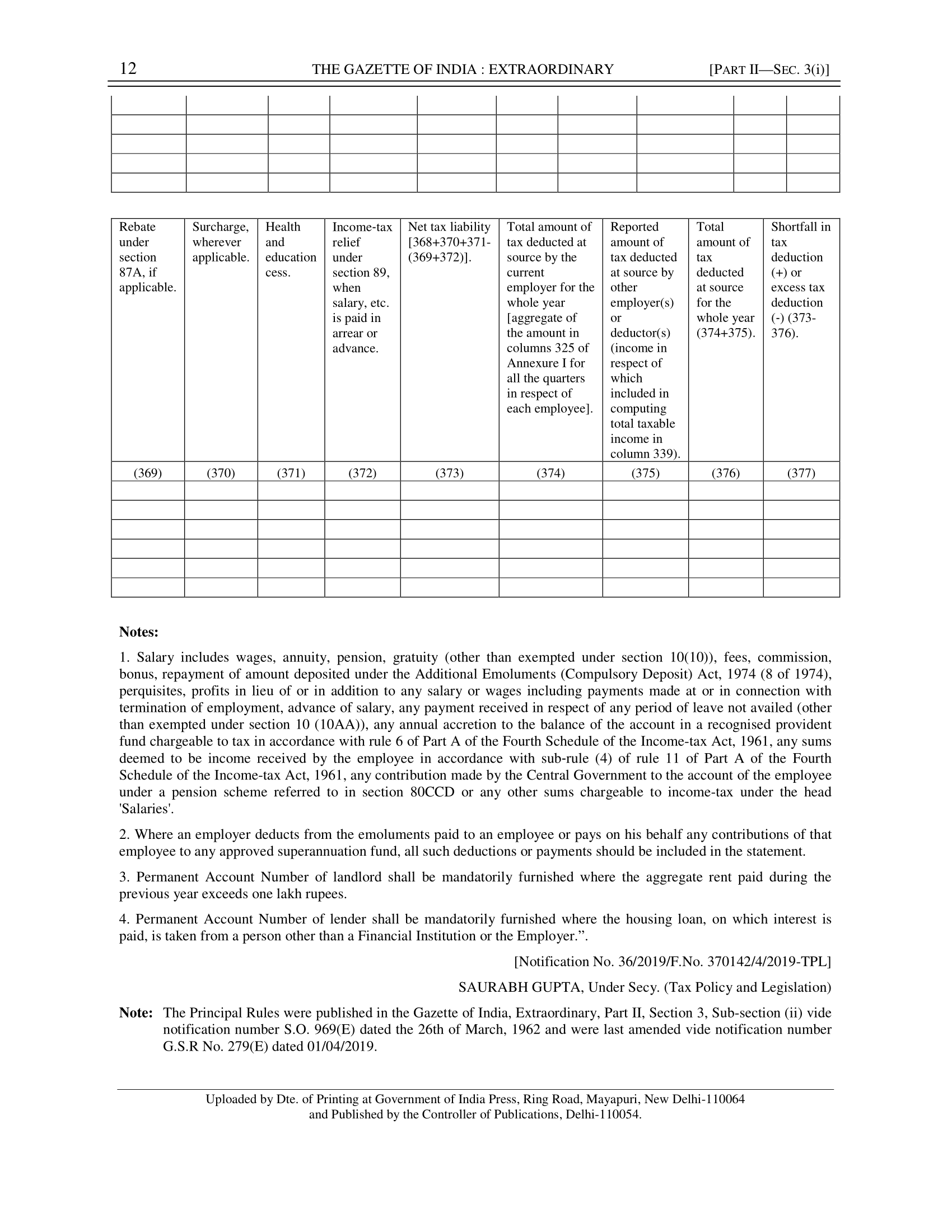