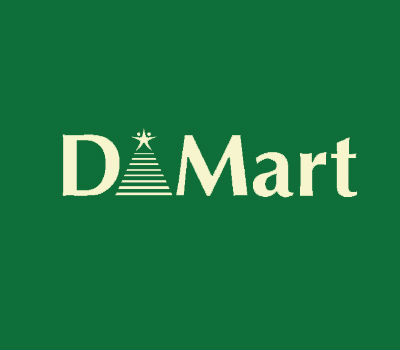 Some analysts said the stock, at a price-to-earnings ratio of about 70-times after listing, is expensive and those who did not get allotment should wait for a correction to Rs.400-450 levels to buy. The market capitalisation of Avenue Supermarts -the most profitable retail chain in India, at nearly Rs.40,000 crore is higher than large fast moving consumer goods companies such as Marico and Britannia Industries. It is also higher than four Nifty companies: ACC, Bank of Baroda, Idea Cellular and Tata Power. 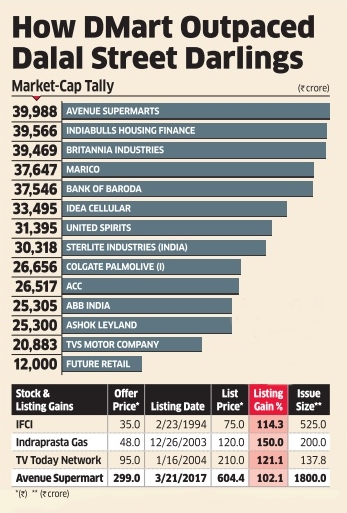 The company has been setting new records on the Street from the time of its initial public offering, through which it raised Rs.1,870 crore, most of which will be used to pare debt. The high interest surrounding the brand value of Damani along with robust margins in a space where many retailers are struggling saw the IPO garnering subscription of 105.93 times and become the second biggest Rs.,000 crore-plus IPO in Indian capital markets on the basis of subscription.

The portion reserved for HNIs in the 6.25 crore-share IPO was subscribed 277.74 times, while retail and qualified institutional buyers segment got subscribed 7.25 and 144.62 times, respectively .

The supermarket chain operator, which focuses in value retailing -reported a net profit of Rs.387.47 crore in the nine months ended December on a revenue of Rs.8,803 crore, surpassing the profit and revenue reported in FY16.