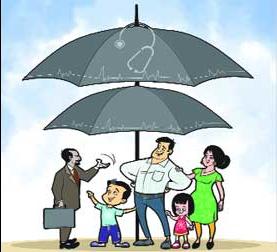 When Kanwar was hospitalized, his claim under the base policy was settled. But the remaining claim of Rs.1,40,345 under the top up policy was not settled as it was below the threshold limit of Rs.2 lakh.

Kanwar filed a complaint before the Mohali District Forum, which was contested by the insurance company . The forum upheld the complaint and ordered the insurer to pay the balance amount of Rs.1,40,345 along with 9% interest. In addition, Rs.25,000 as compensation for harassment and litigation expenses was awarded.

United India challenged this order before the Punjab State Commission, which dismissed the appeal. The insurance company then approached the National Commission in revision.

Accordingly , by its order of February 17 delivered by the Bench of Justice Ajit Bharihoke and Anup Thakur, the National Commission dismissed the insurance company’s revision, and confirmed the orders in Kanwar’s favour which held him to be entitled to get the balance amount.

Impact: The Commission ruling said that the base coverage and the top up policy must be aggregated and the sum total would be considered as the annual coverage limits available under both the policies.

Came across this article by Jehangir B Gai in the Times of India.