The Rise of Passive Funds 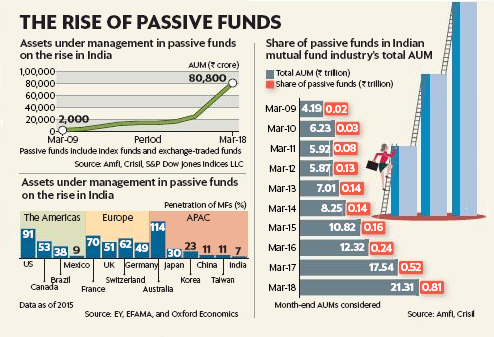 There has been a gradual shift of assets from active to passive management in the US and Europe as a consequence of active managers underperforming index benchmarks, according to a report titled A Glimpse of the Future: India’s Potential in Passive Investing by S&P Dow Jones Indices.

Similar trends are being observed in India. Rising assets under management figures show that passive investing is slowly gaining ground in India, helped by local factors such as cost, stronger regulations and increasing skewness of market returns.

Passive funds invest in stocks that monitor the composition of a chosen index rather than relying on a fund manager’s stock selection.

Passive investing is still in its nascent stage in the Indian market. Rather than a shift from active, it is an expansion of the existing market with the total AUM in passive funds gradually increasing.

A closer look at AUM data shows passive funds have a small share in the total AUM but recent regulatory changes and market volatility has shifted focus to passive funds, especially in the large-cap equity space.

As of March 2018, the Indian mutual funds industry had total AUM worth ₹21.36 trillion, of which 3.8% were managed passively, said the report. The cost differential of 100 basis points between active and passive management of assets resulted in annual savings of ₹8 billion for investors, said the report.

Passive funds in the Indian MF industry are dominated by index funds and ETFs linked to large-cap indices, hence the choice is limited. In this segment, active large-cap funds are displaying underperformance relative to their passive peers on account of higher fund expenses and polarised market returns.

The report said lower costs is among the primary reasons for the growing popularity of passive management of funds in India. The TER for large-cap ETFs based on the S&P BSE Sensex are as low as 7 bps in some schemes because of institutional investors like the EPFO which prefer low cost investment options. If one chooses to invest passively, an Indian investor can save upwards of 100 bps which is a significant gain.

The popularity of passive funds grew after EPFO was allowed to invest in these assets and the expenses for such funds dropped. In August 2015, the EPFO started investing in large-cap ETFs.

According to the report, by June 2018, the EPFO invested ₹490 billion in ETFs, in turn giving a push to passive funds.

Given lower costs and recent underperformance of large-cap funds, interest in the passive segment is growing. 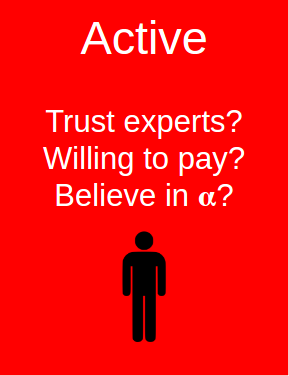 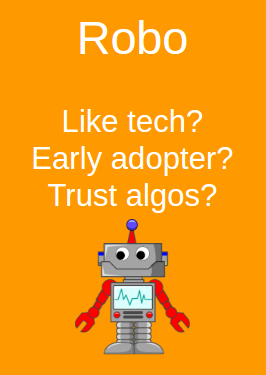 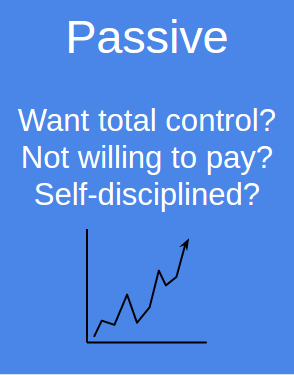