The man who pioneered index investing 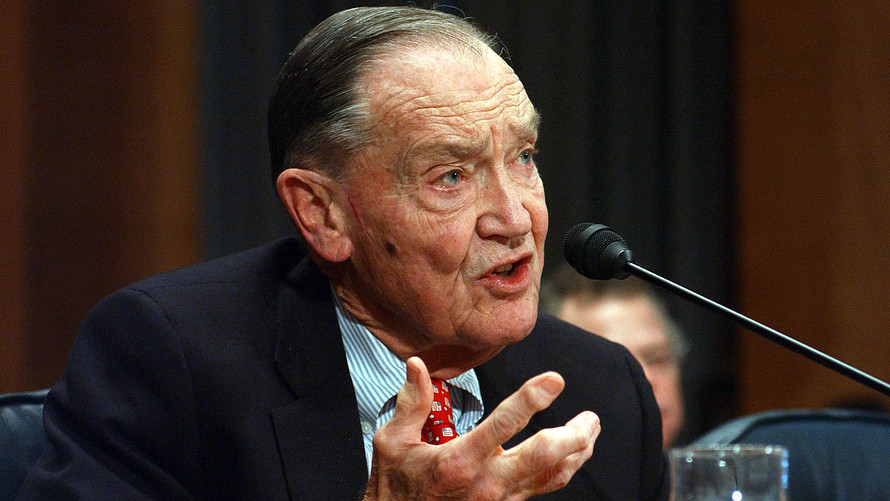 When Jack Bogle first said he was going to sell index tracker funds back in 1976 he was ridiculed.

But the idea was destined to upend the status quo by providing ordinary people with cheap and low-risk ways to invest.

When news came through, that the “the father of indexing” had passed away aged 89, he was widely praised as a pioneer who advanced the interests of individual investors and considered the benefits to society over the long-term.

“Jack did more for American investors as a whole than any individual I’ve known,” billionaire Warren Buffett said. He praised Mr Bogle for putting “tens of billions of dollars” back into the pockets of investors.

John Clifton Bogle, known as “Jack” became a legend on Wall Street after he gave ordinary investors the chance to put their money in index mutual funds in the mid-1970s.

The practice has ballooned since then, to become a $10tn industry.

He was later renowned as “the father of indexing”, but when he first introduced it he was ridiculed.

Born in modest circumstances in New Jersey just a few months before the 1929 Wall Street crash, he worked his way through Princeton, where he studied economics, before landing his first job in the investment industry.

John Bogle created Vanguard in 1974, and introduced the first indexed fund for individual investors in 1976.

Dubbed “The Vanguard Experiment”, rather than relying on the stock picking skills of fund managers, it simply tracked a broad market index such as the S&P 500.

Initially it flopped, failing to attract the hoped for rush of investors. It was denigrated by critics as “un-American” and “a sure path to mediocrity”.

Promising to only match what the broader market index could achieve wasn’t very enticing. The new index was ridiculed as “Bogle’s Folly”.

But he persisted, promoting the idea that a “passive” long-term approach could serve investors better than managed funds, particularly because it offers lower management fees and costs. The idea eventually caught on. Today the firm manages $5tn of investor funds”.

He broke from industry tradition again in 1977, when Vanguard ceased to market its funds through brokers and instead offered them directly to investors, eliminating sales charges.

In his later years Mr Bogle continued to press for reforms to corporate governance and fund administration.