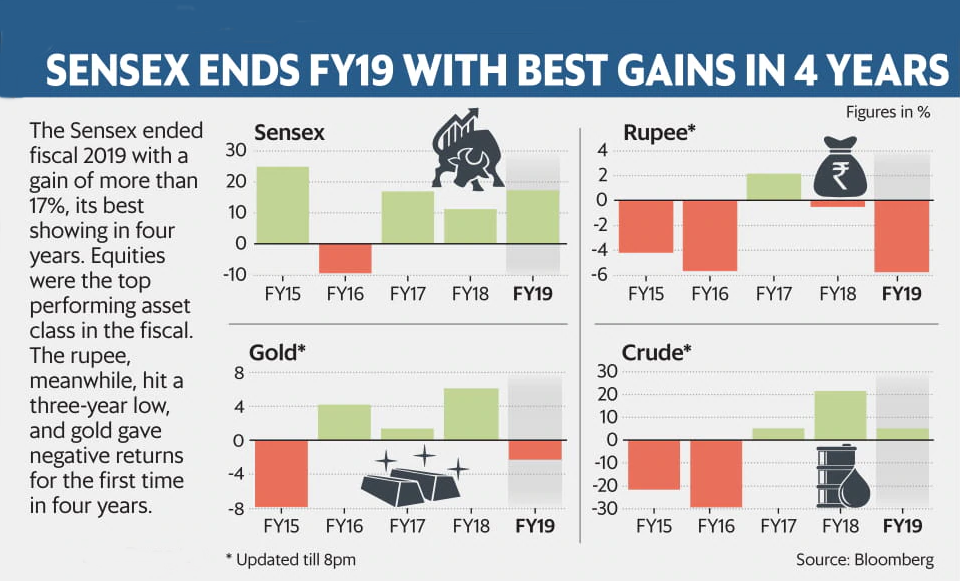 FY19’s 17% rise in the sensex was also the best in the last four years. In FY16, the index had seen a 9.4% loss after rising nearly 25% in FY15. While the sensex had witnessed a loss in FY16, the BSE had recorded a Rs 25.8-lakh crore jump in market capitalisation, indicating a rally in midcap and smallcap stocks and also several new listings in the market that year.

Foreign funds are driving the current stock market rally with the sensex and Nifty expected to scale fresh all-time highs soon while bank Nifty is already at a new peak.

On the sectoral front, banking, energy and IT have outperformed with FMCG and pharma also recording good gains.

The year also saw the rupee slide to a new all-time low level against the dollar, trading near the 75-level. However, the recent strong inflow of foreign funds has brought the Indian currency around the 69-per-dollar level.