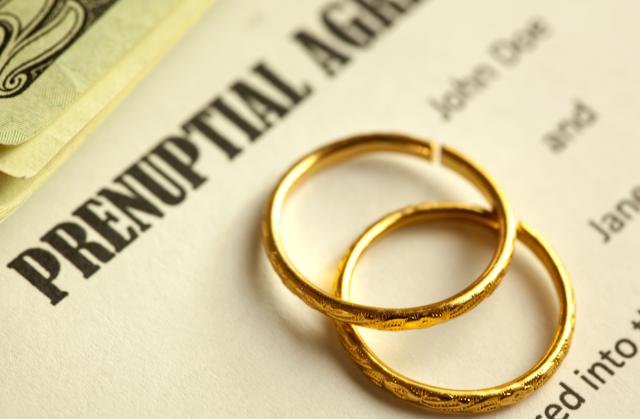 A pre-nup, as the word entails, is an agreement entered into between the intending parties to the marriage to arrive at a certain understanding in the event the marriage goes south. In India, we still do not have prenups as agreements recognised by law, as agreements being executable in the court of law. There is a proposal in the pipeline from the Ministry of Women and Child Development -but, it is still just a proposal and not a law.

Some parties do enter into MoUs (Memorandum of Understanding), something similar to pre-nups, drawn up by the lawyers with a specific understanding given to the intending parties that this MoU may at best serve the purpose of indicating the intent of the parties prior to marriage. It could be said, at best, that it would have a persuasive sanctity, though is again not an executable document.

It is only under the Hindu Marriage Act and Parsi Divorce Act that in a marriage, the husband is entitled to seek maintenancealimony from his wife, if her financial net worth is substantially more than his. However, he would need to convince the court and justify to it why he is unable to maintain himself and what the reason is for him to be seeking a share in the wife’s property. Hence, it would be difficult for this lady to really protect herself financially.

However, if the parties get married under the Special Marriage Act, the husband will have no right to claim alimony/maintenance from his wife.