A dividend is a return given by a company to its shareholders out of profits made by it during a particular year. They are usually given in proportion to the number of shares owned.

In India, a company which has declared, distributed or paid any amount as dividend is required to pay a dividend distribution tax at 15%. The provisions of DDT were introduced by the Finance Act 1997. Only a domestic company is liable for the tax. Domestic companies have to pay the tax even if the company is not liable to pay any tax on its income. It is applicable whether it is paid out of current or accumulated profits. The amount of dividend paid by a company will be reduced by the amount of dividend received from domestic subsidiaries, if those subsidiaries have paid DDT. The tax will be paid by parent company on the income for the subsidiary , if that subsidiary is a foreign company .

While announcing Finance Act 2014, the government had made changes in the way in which the dividend distribution tax is levied. Earlier, it was computed based on net amount paid as dividend instead of the gross amount. As a result, the effective rate of tax was lower than 15%. The Section 115-O was amended, and after that the dividends have to be grossed up, effectively increasing the amount to be paid as dividend distribution tax.

Once surcharge and cess are added to the grossed up amount, the effective tax rate comes up to about 20%.

A company has to pay tax on the distributed profits to the government within 14 days of declaration, distribution or payment of any dividend, whichever is earliest. If a company has not paid it within that time frame, an interest will be accumulated at 1% per month or part thereof till it is paid.

In the Budget for financial year 2016-17, the government said that income by way of dividend in excess of Rs.10 lakh would be chargeable at the rate of 10% for individuals, Hindu Undivided Family or partnership firms. In the 2017-18 Budget earlier this month, the government extended the rule to include private trusts. 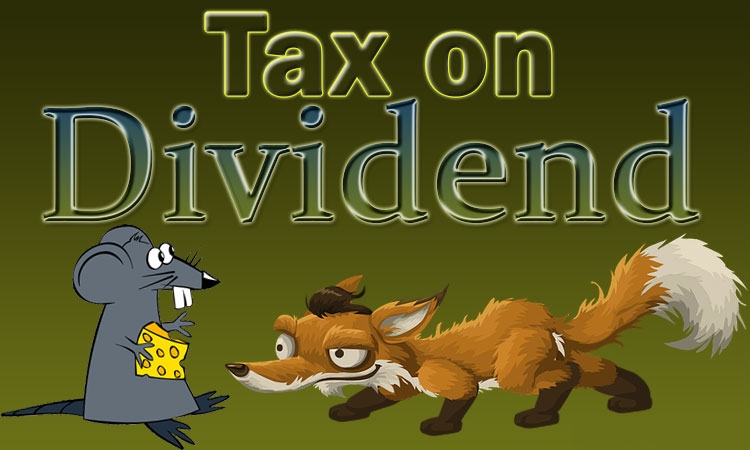