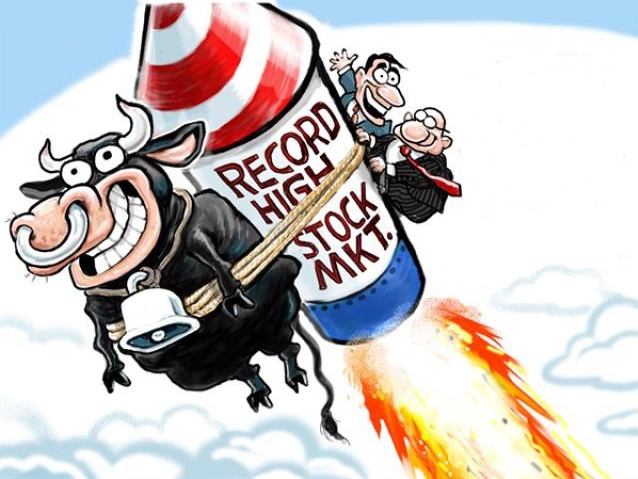 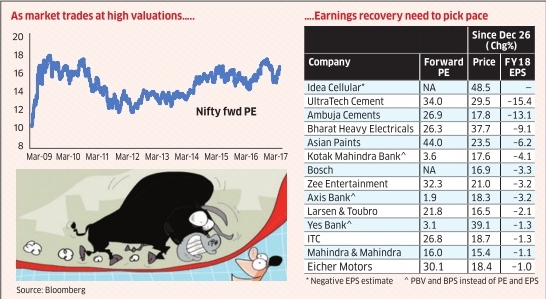 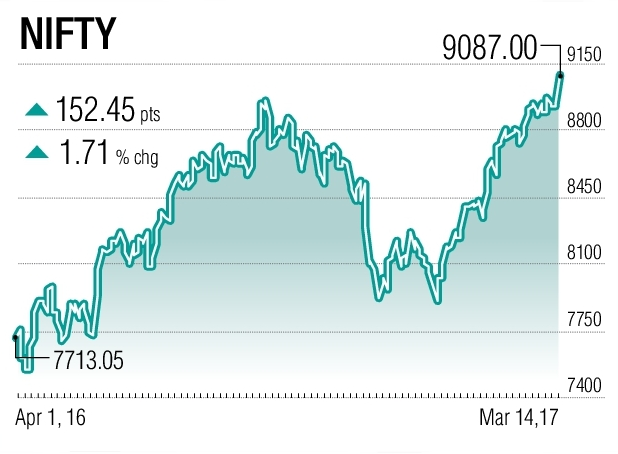 The Nifty jumped to life highs yesterday after the BJP’s thumping win in Uttar Pradesh rekindled hopes of a bigger-than-expected push for reforms by the Narendra Modi government.

The Sensex surged by 616 points, or 2.12%, intra-day before ending the day at 29,442.63, up 496.40 points. This is its biggest gain since May 25 last year. The index is the best performer among all developed and emerging market indices in local currency terms in the past three months.

The rupee surged 79 paise to a 16-month high of 65.82 to the dollar as exporters sold more dollars and foreign investors bought local shares.

The BSE Midcap and Smallcap indices gained 1.44% each.

BJP romped to victory in UP on Saturday , winning 312 out of the 403 seats. Its allies won 13 more taking the NDA tally to 325. This is the biggest win recorded by any party in the state since 1977 and has raised prospects of the BJP doing well in other elections this year and next. Many political pundits also believe that the victory has improved Prime Minister Narendra Modi’s chances of retaining power in the 2019 general election. Barring the metals index, all other sectoral indices on NSE ended with gains on Tuesday.About 55 stocks, including Titan, Jubilant Life Sciences, Kotak Mahindra Bank, IndusInd Bank, YES Bank and Indiabulls Housing Finance among others, hit life highs while 92 stocks were locked in upper circuit with no sellers.

Some market experts are divided over the near-term outlook as indices have begun to look expensive at current valuations.Plus, there is no immediate trigger for earnings upgrade.