Companies from sectors that are consumer driven — like FMCG, retail focused banks, passenger vehicles and cement — are the most consistent in creating wealth for shareholders in the long term. Of these sectors, banking and financial services companies have been emerging as the fastest wealth creators of late, according to a study by leading domestic financial services house Motilal Oswal.

The study also noted that Titan, the Tata Group company that’s a major player in the watches and jewellery sector, is the most consistent wealth creator in India, followed by Godrej Consumer. Both the companies are majority-owned by Parsi families, known for entrepreneurship and long-term business acumen.

The study also showed that HDFC Bank, Reliance Industries and TCS were the biggest wealth creators for their shareholders in the last five years, starting fiscal 2013, while Indiabulls Ventures, Dalmia Bharat and TVS Motors were the fastest wealth creators during the same period. The annual wealth-creation study, with market capitalisation as the proxy for wealth, is in its 23rd year.

It also showed that Indiabulls Ventures nearly doubled its stock price every year during the last five fiscals, while Dalmia Bharat’s stock price, on an average, went up by 81% every year. For TVS Motor, the corresponding figure was 80%. The top 100 companies on the BSE that were considered for this study together created value worth nearly Rs.45 lakh crore. 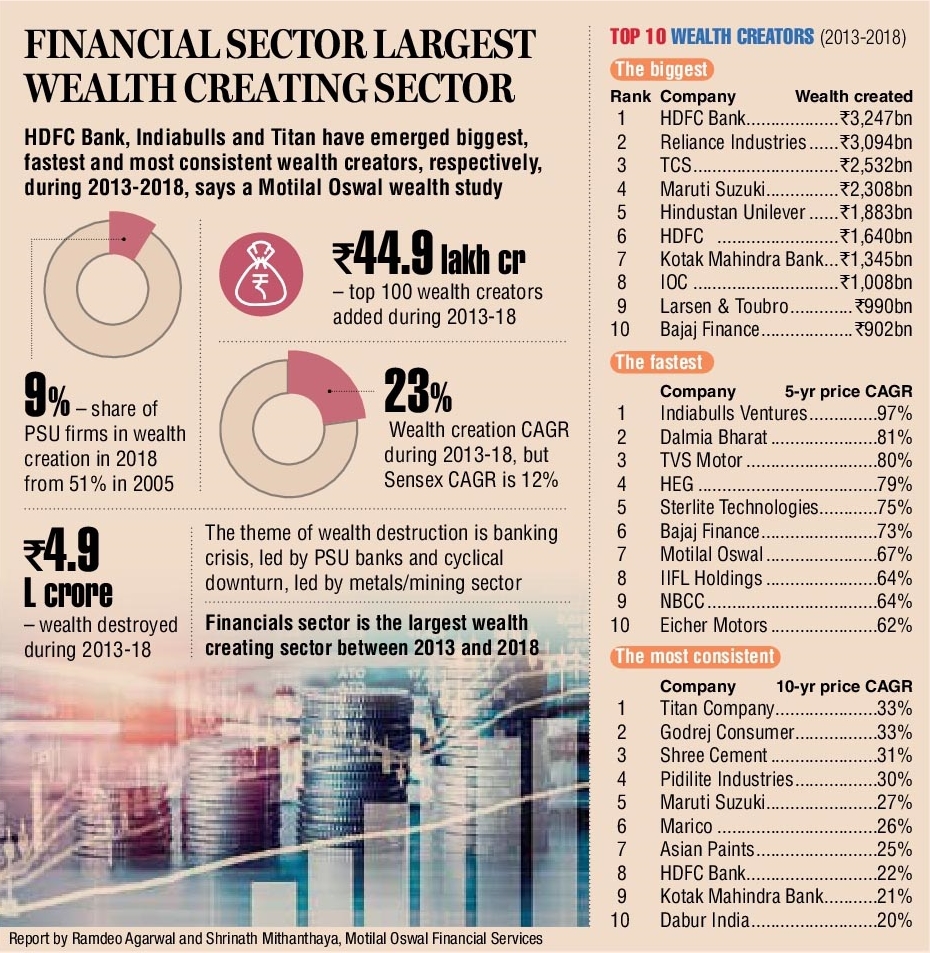