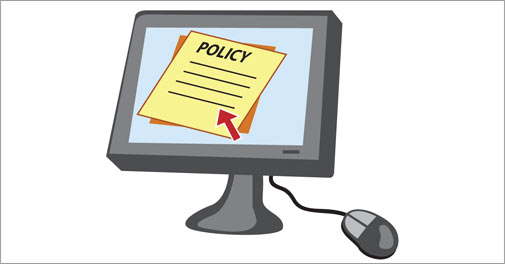 On September 16, 2013 former finance minister P Chidambaram had launched the Insurance Repository System, a pioneering step forward in offering ease of buying, holding and maintaining insurance policies by individuals. Insurance policies are often bought and maintained for long durations and people often misplace the documents or forget where the documents are stored.
At times, a policyholder or the claimants fail to locate the records.This results in either delay in claiming the sum assured or failure to claim an amount due. Ignorance on the part of the policyholder’s dependents about the deceased or the injured person having any life, accident, health or property cover is very common. Such a situation simply defeats the very purpose of holding an insurance policy.
Every policy is subject to periodical renewal and also requires some endorsement on records such as change of address, nomination or, even premium, in case of non-life policies. Even though insurance penetration is very low in India, the number of policies issued every year is more than 14 crore.
Unfortunately, there is a serious lack of awareness on the part of policyholders about the facility of maintaining policy records in electronic form. The Insurance Regulatory and Development Authority of India has issued licence to at least four entities to hold policies in electronic form and to offer convenience of access to the records whenever an action is due in respect of such policies. All the four entities were shortlisted on the basis of their proven capability to act as repositories.

There is no doubt about the benefits of seamless handling of insurance records by the IRs and policyholders can trust them and enjoy an absolutely new experience in regard to their insurance policies.

The IR takes over many such functions and saves the policyholder from devoting time and money in visiting the insurer’s office. The IR maintains all policies of an individual in one folder facilitating review of one’s records in a very convenient manner; and such clustering of policy records make the claims settlement process very convenient. Not only the new policies but existing policies also can be dematerialised and maintained in electronic form. The repository is not merely for storage of policy bonds but they are also empowered to effect changes, modifications in regards to terms and conditions on behalf of the insurers. IRs are authorised to access the core system of the insurers under suitable agreement with them as per the existing regulations in this regard. 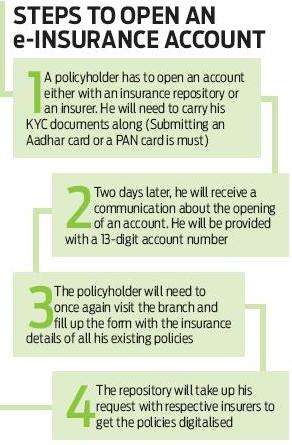