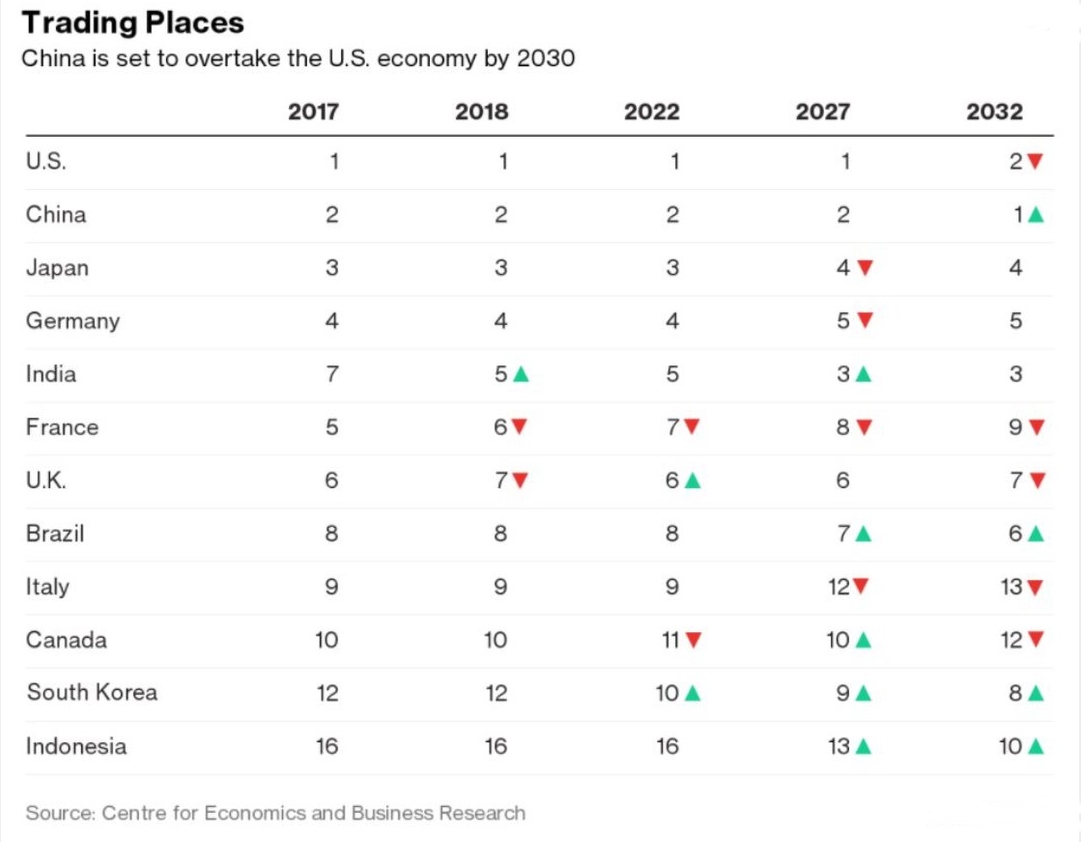 India is set to overtake the United Kingdom and France to become the world’s fifth largest economy next year.

Currently ranked seventh, India will move up to fifth place in 2018 and vault to third spot by 2032, the Centre for Economics and Business Research, a London-based consultancy, said in its annual rankings.

The Indian economy hit a three-year low in the first quarter of the current financial year, after Prime Minister Narendra Modi’s snap decision in November 2016 to scrap high-value banknotes and following a tax overhaul.

“Despite temporary setbacks… India’s economy has still caught up with that of France and the UK and in 2018 will have overtaken them both to become the world’s fifth largest economy in dollar terms,” said CEBR deputy chairman Douglas McWilliams.

Cheap energy and a digital revolution will drive economic growth globally, the report said. The world’s growth will be dominated by Asian economies, including India, China and Japan.

The United States, the world’s largest economy, will be overtaken by China in 2030, the report forecast, adding India would take that spot “at some time in the second half of this century”.

In the year 2030, India’s national income will be around $6.5-7 trillion,” Mr. Debroy NITI Ayog Member said according to Prime Minister’s Economic Advisory Council “If exchange rate remains what it is today then, by 2035-40, India will be $10 trillion economy. And if the exchange rate appreciates, then India will be a $10 trillion economy before 2035.” 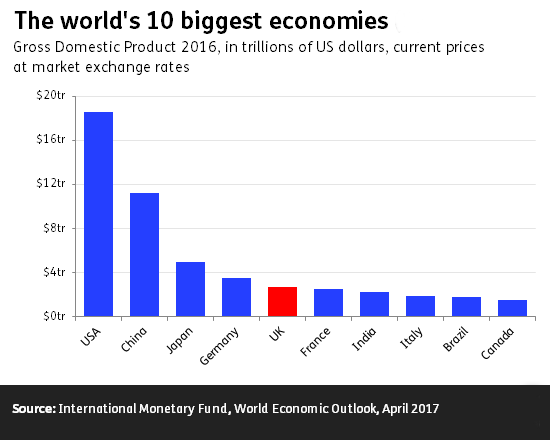