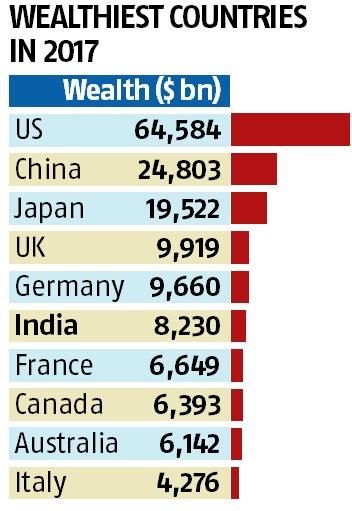 India has been ranked sixth in the list of wealthiest countries with total wealth of $8,230 billion, while the United States topped the chart. According to a report by New World Wealth, the United States is the wealthiest country in the world as the total wealth held in 2017 amounted to $64,584 billion, followed by China at the second place with $ 24,803 billion and Japan with $19,522 billion at third.

Total wealth refers to the private wealth held by all the individuals living in each country/city. It includes all their assets (property, cash, equities, business interests) less any liabilities. The report, however, excludes government funds from its figures.

A billionaire is defined as an individuals with $1 billion or more in net assets.

“In general, it was a good year for all W10 (wealthiest 10) markets, thanks to strong global stock market gains – the MSCI world index was up 23% and the Dow Jones was up 26% during the year (in USD terms),” the report said, adding “wealth held in China, India, USA, Japan and Australia all grew strongly over the past year”. 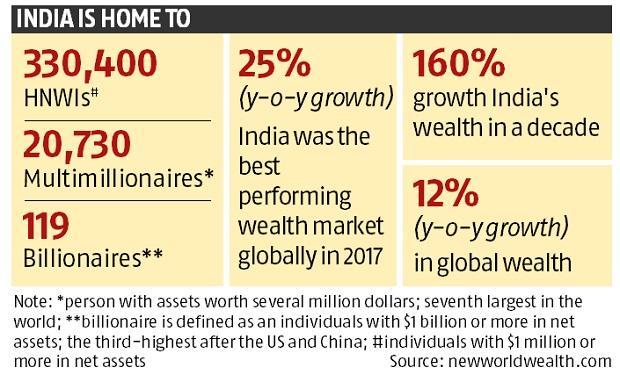 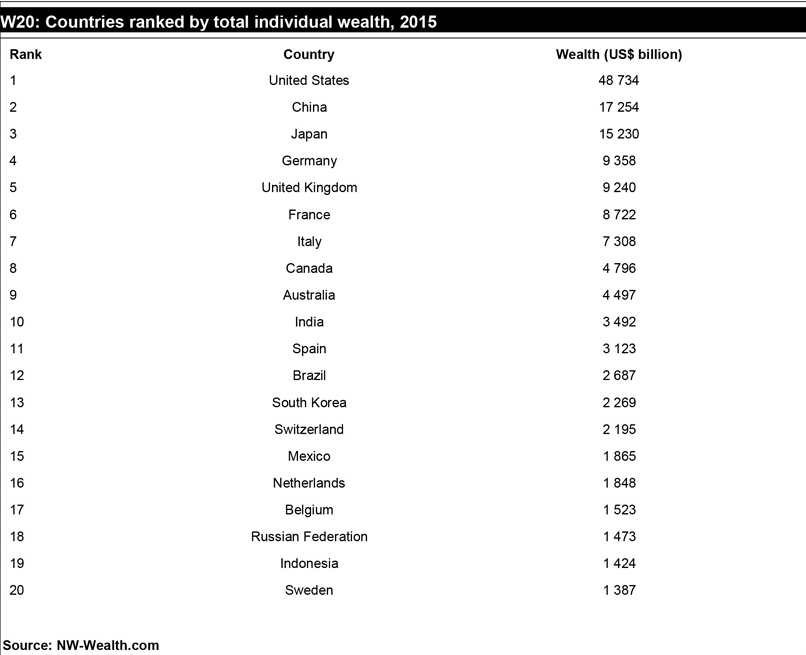 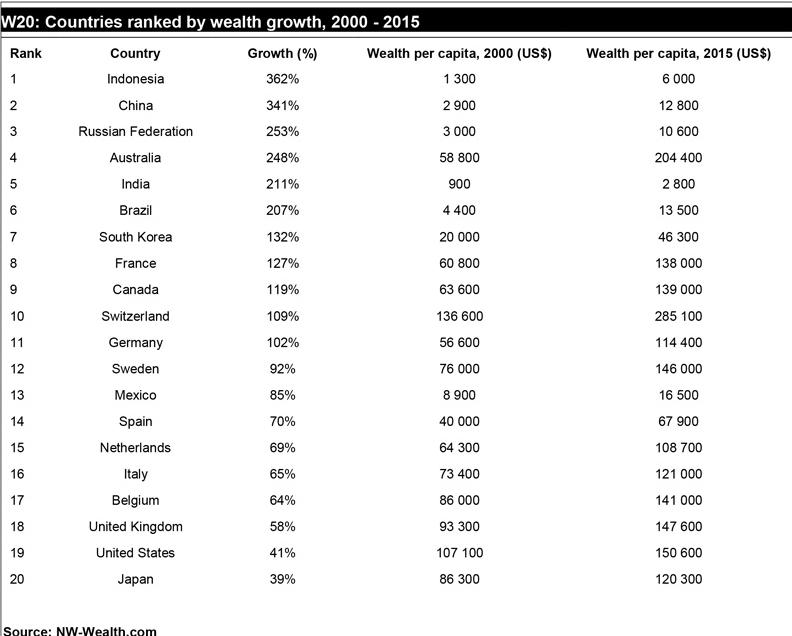 The combined wealth of people across the world is $215 trillion now — more than 11 times the US GDP. But some countries have grown richer much faster than others. Vietnam added wealth the fastest between 2007 and 2017, although China, a close second, impressed more by continuing to accelerate hard over its already impressive wealth base. India was a distant fifth, behind Ethiopia, while many European countries ended the decade poorer than they were before the start of the financial crisis in 2007. Among rich nations, Australia and New Zealand performed best, almost doubling their wealth in the period. 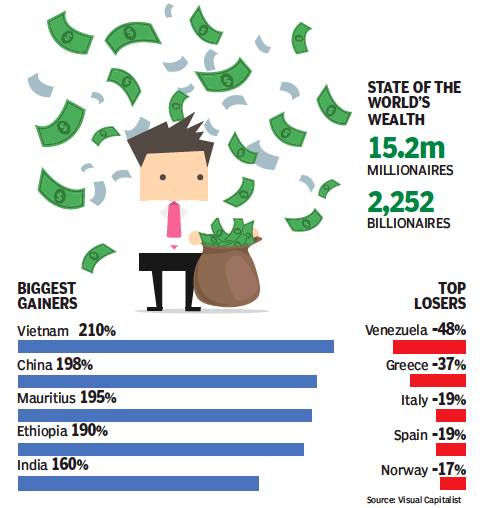