The government has extended the deadline for filing the Income Tax Returns for the financial year 2016-17. The new deadline has been set at August 5.

The announcement was made by the the Income Tax department’s verified Twitter handle. The I-T department cited ‘difficulties faced by taxpayers’ as the reason behind the extension.

The department had also issued advertisements in leading national dailies in the last few days stating that taxpayers should disclose their income “correctly” and file their ITRs on or before July 31. The linking of Aadhaar number with the PAN (Permanent Account Number) of a taxpayer has also been made mandatory for filing of an ITR, beginning July 1.

However, quoting of Aadhaar or Enrolment ID in the return is mandatory as before and those filing the return without linking PAN-Aadhaar must link the two by August 31, 2017.  The returns will be processed by the department only after the two ID proofs are linked. 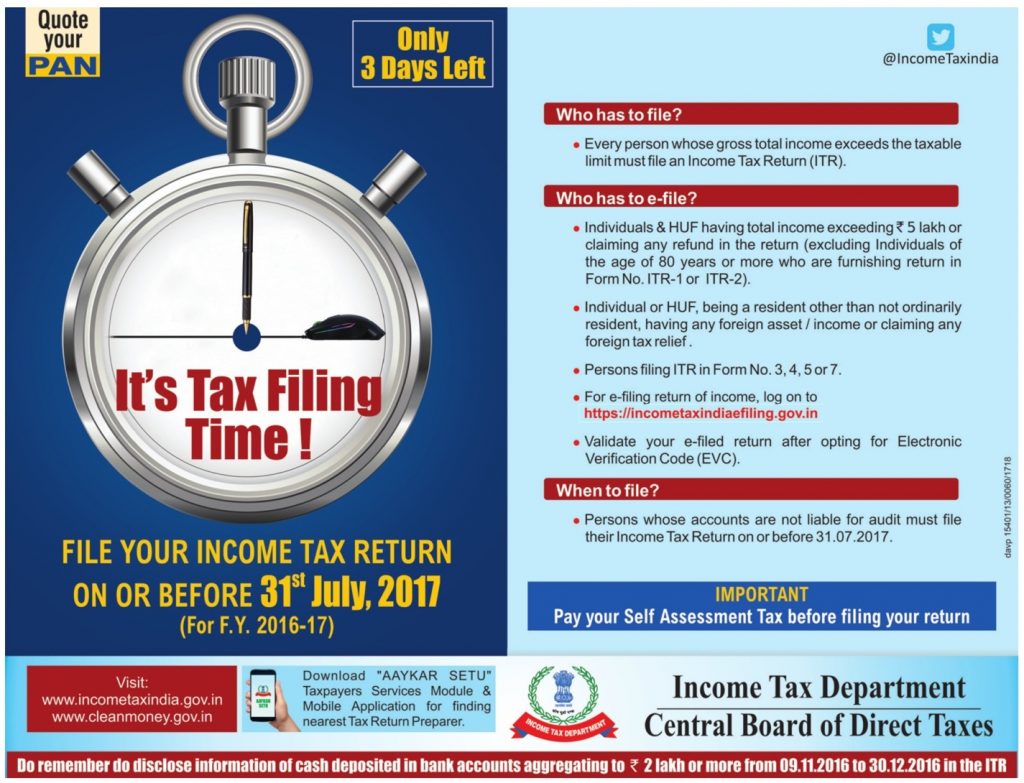 The department has also asked taxpayers to declare cash deposits made in bank accounts aggregating to Rs.2 lakh or more, post-demonetisation between November 9-December 30 last year, in the ITRs.