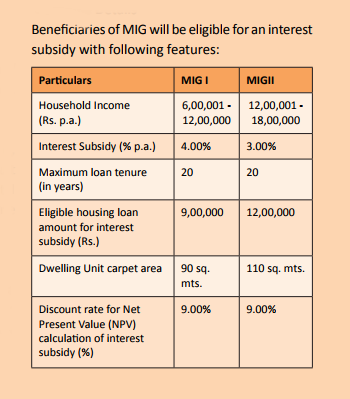 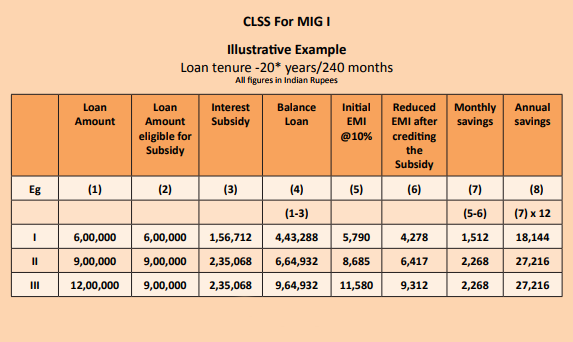 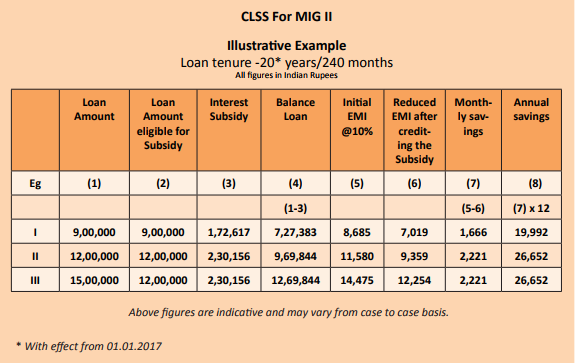 Ministry of Housing and Urban Poverty Alleviation had introduced on June 2015, an interest subsidy scheme called Credit Linked Subsidy Scheme under Pradhan Mantri Awas Yojana, for the purchase and construction of homes catering to the Economical Weaker Section / Lower Income Group / Middle Income Group, given the projected growth of urbanisation and the consequent housing demands in India.

If you earn Rs.18 lakh per annum, you are eligible for a subsidy of three per cent on the first Rs.12 lakh of the total loan amount. If you plan to buy a house worth Rs.75 lakh, then you are eligible for a home loan of 80 per cent of this amount, which is Rs.60 lakh (all banks have different eligibility criteria). The remaining amount has to be paid by the borrower. Once your loan gets sanctioned, the bank sends your application to the National Housing Bank for a CLSS subsidy wherein NHB evaluates it.  After a green signal from the NHB, the borrower gets the subsidy of Rs.2.30 lakh (three per cent interest on Rs.12 lakh), which is credited directly into your account by the bank. On the remaining amount (in this case Rs.60 2.30 = 57.70 lakh), the borrower will have to pay the EMI, as per the current home loan interest rates, depending upon the bank he/she takes the loan from.

According to experts, banks have enough money to lend and hence, consumers should take advantage of it.

The central government has extended the validity of interest subsidy benefit of about Rs. 2.60 lakh on home loans under Pradhan Mantri Awas Yojana (Urban) for beneficiaries belonging to Middle Income Groups (MIG) by 15 more months beyond earlier stipulated one year period ending December this year.

*Applicant must not own a pucca house either in his/her name or in the name of any member of his/her family in any part of India
*Applicant must not have availed any central/state assistance under any housing scheme from Government of India ever
*Adult female membership ownership in property is desirable
*Location of the property should fall under all statutory towns as per 2011 census and or adjacent planning area (updated by government time to time)
*A beneficiary family comprises husband, wife, unmarried sons and/or unmarried daughters. An adult earning member (irrespective of marital status) can be treated as a separate household 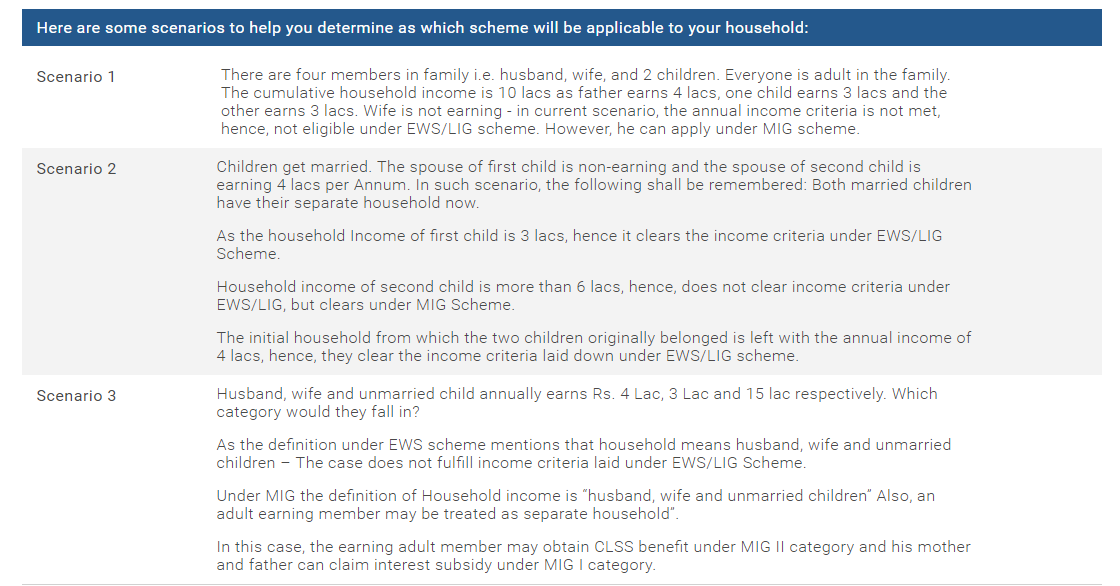