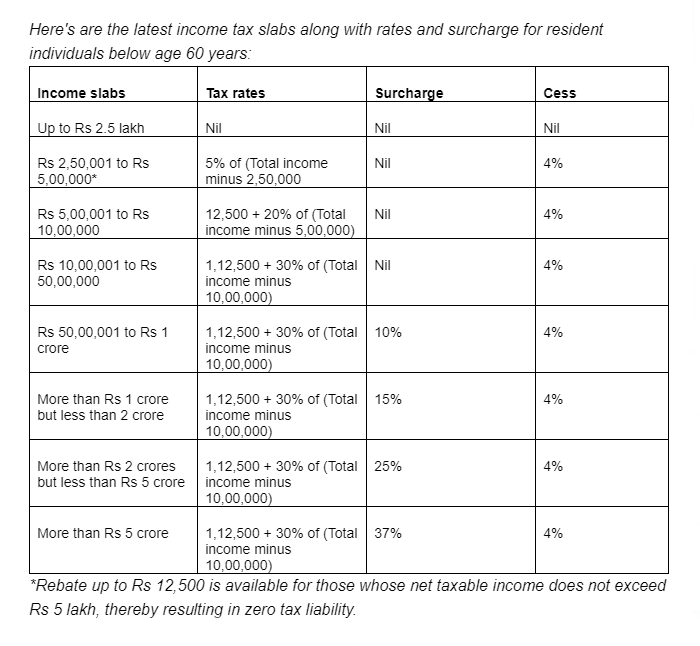 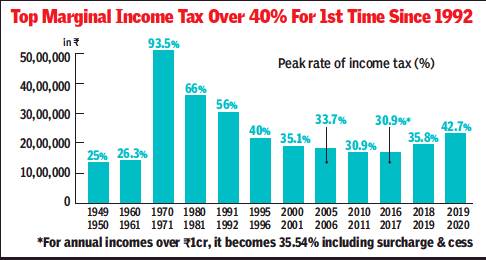 The hike in the tax surcharge will affect only super rich taxpayers earning over ₹2 crore.

The proposed hike will affect the tip of the taxpayer iceberg. Of the 4.66 crore returns filed in 2016-17, only 74,983 individuals (or 0.16%) reported gross incomes between ₹1 crore and ₹5 crore. A good number of these would be taxpayers earning below ₹2 crore so won’t be affected. Only 6,361 individuals had incomes of over ₹5 crore and would now have to pay 37% surcharge on the tax.
Ever since the 10% tax surcharge on incomes above ₹1 crore was introduced in 2013 by P. Chidambaram, successive budgets have gone after rich taxpayers. In 2015, the surcharge was enhanced to 12%. The surcharge was raised to 15% in 2016 and the following year, a new 10% surcharge was introduced for incomes above ₹50 lakh.

Though the maximum marginal rate of 42.74% tax appears high, it is still lower compared to the highest rates in some other countries. In Germany, the UK, Japan and China, 45% tax rate applies to incomes much below ₹5 crore annually (taking the current rupee-dollar exchange rate). In the US, for single tax filers, the top tax rate is 37% for income over ₹3.42 crore.
Some tax professionals even see a silver lining. “The tax surcharge on incomes above ₹2 crore and ₹5 crore will be a burden for corporate India’s leaders, but it is still far better than an aggressive Estate Duty. 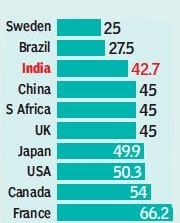 It will be compulsory to file tax returns if you deposit ₹1 crore or more in a current bank account, spend more than ₹2 lakh on foreign travel or run up an electricity bill of above ₹1 lakh in a year. Unlike the previous 1/6 compulsory filing scheme, the threshold this time is reasonably high. The Finance Minister has also rationalised the gifting rule by bringing additional clarification on gifts made to non-residents.

The Budget has also proposed to bring CPSE ETFs under the ambit of equity linked saving schemes (ELSS). This will make investments in CPSE ETFs eligible for tax deduction within the ₹1.5 lakh Section 80C umbrella. CPSE ETFs have been launched by the government in last few years in order to facilitate disinvestment of state-owned enterprises.

While this provision will bring tax benefits for retail investors, the existing CPSE ETFs have not performed well. The first CPSE ETF was launched in 2014 and many other offerings have been launched since. Reliance CPSE ETF has clocked a paltry 1.26% over the past 5 years. Bharat-22 ETF, which tracks the Bharat 22 Index comprising 19 PSUs and three private sector firms where government holds minority stake, has fared better.

Apart from these, the Budget has also offered an additional ₹1 lakh deduction on home loans of up to ₹35 lakh and introduced a new deduction for interest paid on loan for electric vehicles. 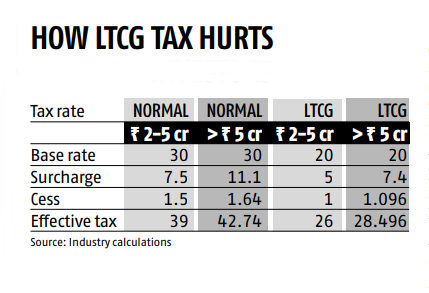