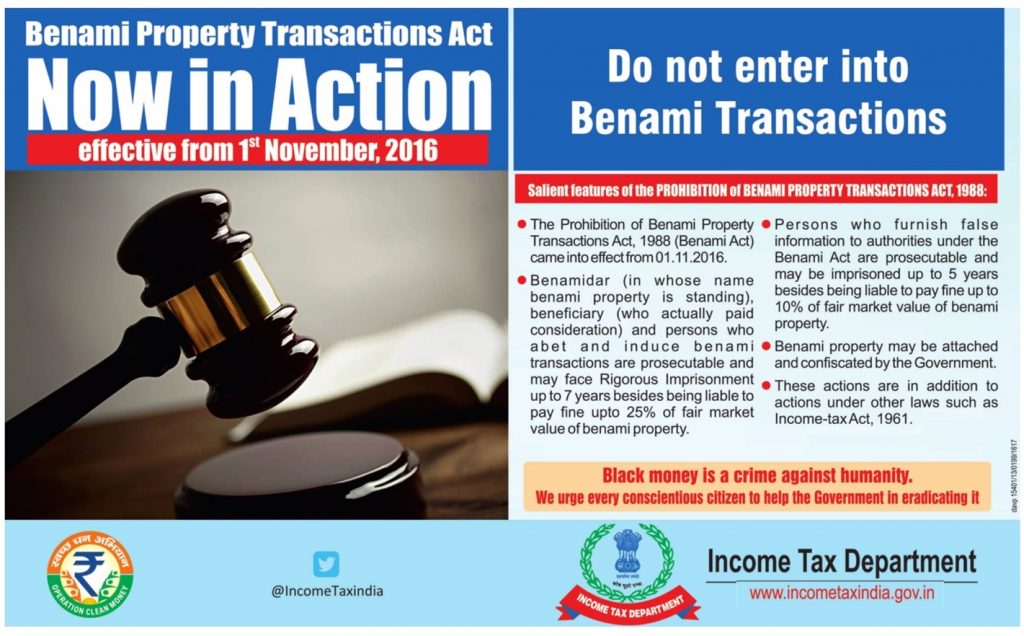 The tax department has warned that those who carry out benami transactions would invite rigorous imprisonment of up to 7 years and such violators would also stand to be charged under the normal I-T Act. In advertisements issued in leading national dailies, the Income Tax Department stated: “Do not enter into benami transactions“ as the Benami Property Transactions Act, 1988, is “now in action“ from 1 November 2016. “Black money is a crime against humanity. We urge every conscientious citizen to help the government in eradicating it,“ it said.
The department also spelled out some salient features of the new Act: “Benamidar (in whose name benami property is standing), beneficiary (who actually paid consideration) and persons who abet and induce benami transactions are prosecutable and may get RI up to 7 years besides being liable to pay fine up to 25% of fair market value of benami property.

It added that “persons who furnish false information to authorities under the Benami Act are prosecutable and may be imprisoned up to 5 years besides being liable to pay fine up to 10% of fair market value of benami property.“

The department made it clear that the benami property “may be attached and confiscated by the government“ and that these actions are in “addition to actions under other laws such as Income Act, 1961.