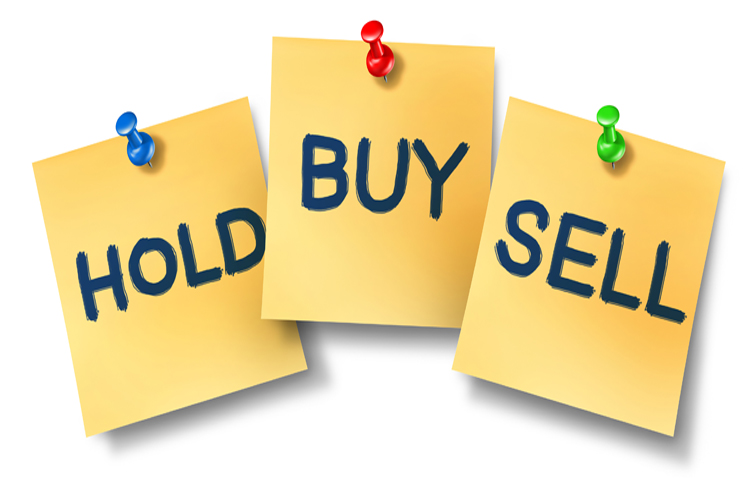 Brokerage firms usually use terms like `buy‘, `sell‘, `hold‘ in their research reports while recommending a stock to clients.

A rating is a measure of a stock’s expected performance in a given time period. The rating and the target price as signed by an analyst at a broking firm can be helpful for an investor to understand what an analyst thinks is the fair price for a stock compared to its market value.

If a rating target price far exceeds the current performance price of a stock, that means an analyst has some conviction in the company’s performance.

Ratings can range from a simple, buy, sell or hold to an equal-weight, under-weight or outperform. Analysts assign these ratings on the basis of the earnings prospects, valuations and extent of upmove or decline in a stock. Brokerages have their own scales at which they rate to a stock. For example, a stock that could deliver a 15% upside in price may be a “buy“ while one that can give only a 5% upside may be a “hold.“ An outperform under weight can have various connotations: it could mean that the company will produce a better or worse rate of return compared to its peers, but it would not necessarily mean that the stock is the best or worse performer in the index. So it is important to understand that stocks can be rated on either an absolute or a relative basis.

Market conditions usually determine how analysts rate a stock. For instance, in a bull market, sentiment may prompt analysts to keep their positive ratings for a long time and to upgrade their price targets more aggressively . Overall, an analyst’s ability to anticipate the negatives and positive developments in a company determines the accuracy of his/her ratings.

While there can be multiple technical factors that constitute a rating such as its valuation, its return on equity, its earnings before interest, tax, depreciation and amortisation or EBITDA, overall a company’s historical financial performance is key. Corporate governance, the scalability of a company’s business, the competitive advantage it possesses are also tracked by analysts. It is also critical to note what positive and negative developments have already been priced into the stock.

The most confusing element of brokerage ratings is that they are subjective. It will be crucial to understand the capability of the analyst rating the company. At times, ratings do not reveal sharp views of the analysts. Sometimes, analysts may want to assign a `sell’ rating to a particular stock, but they are unable to do so, worried that an adverse rating might spoil their relationship with the corporate. Also analysts suggest that sell ratings are rare because they may not be of much consequence to fund managers who do not hold the stock in their portfolios. There are also cases where analysts may be given restricted access to a company’s financials if they assign negative ratings to it, forcing them to end coverage of the stock.