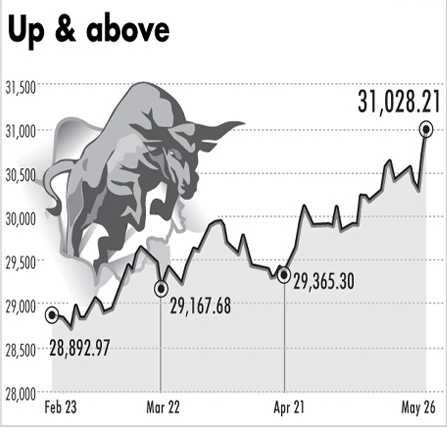 Dalal Street celebrated Modi government’s three years in power with a record-breaking rally. Stock benchmarks soared almost 1% to all-time highs with the Sensex closing above 31000 and Nifty touching 9600 for the first time as continued purchases by domestic institutions kept the momentum going despite concerns over rich stock valuations.

The Sensex ended at 31028.21, up 278.18 points or 0.9% from Thursday’s close, after touching a record high of 31074.07 during the day. The Nifty ended a shade below 9600, at 9595.10, up 85.35 points or 0.9%, after hitting a lifetime high of 9604.90. Bank Nifty scaled 23000 mark for the first time, ending up 0.7% at 23362.20. The BSE Mid and Smallcap indices rose 2% and 1.6%, respectively. Money managers said the rally in global markets after minutes of the latest US Federal Reserve meeting signalled cautious approach to rate tightening revived sentiment after stocks showed signs of faltering earlier this week. Strength in the rupee and fall in global crude oil prices, which is positive for India as it is a net oil importer, also aided sentiment.

Money managers expect the rally to continue because of the uninterrupted fund flows from domestic investors.

Sensex at 18.53 times one year forward earnings is trading at a higher PE than MSCI Emerging Markets Index at 12.93 times.

Market participants have been worried that premium valuations make Indian stocks more vulnerable to a global sell-off but the domestic liquidity has been a relief. 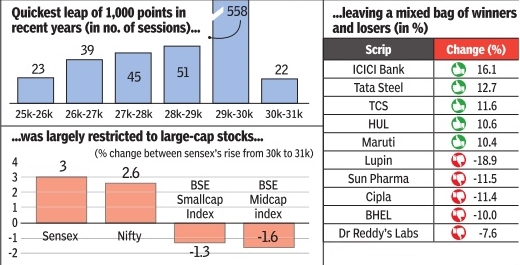 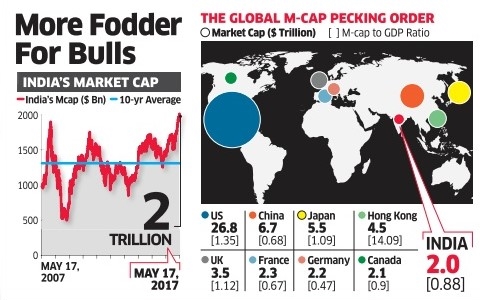 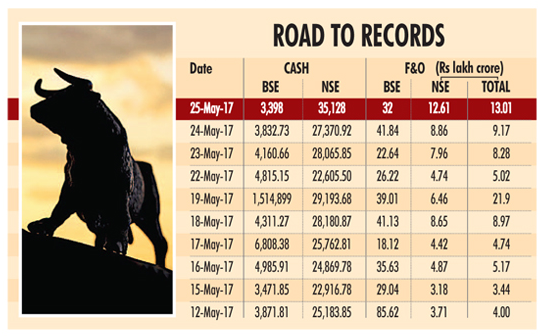