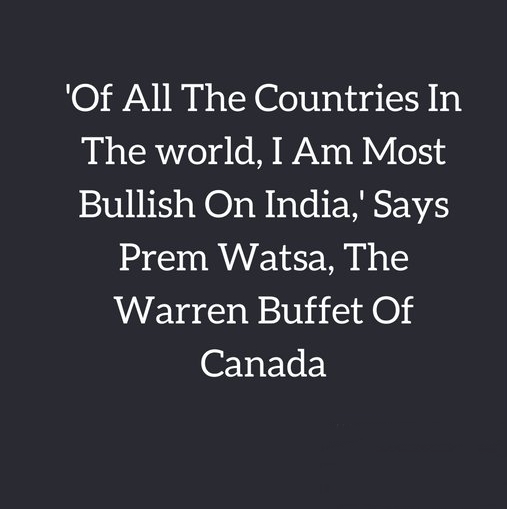 Canadian billionaire investor Prem Watsa said his India-focused investment vehicle Fairfax India is raising a further $500 million, as its initial $1 billion raise from 2015 has already been largely earmarked for deployment. “I’m saying India is the single best country to invest in worldwide for the long-term,” said Watsa, adding that all the companies Fairfax India has invested in so far are registering double digit growth rates. “I see huge opportunities.” “You’re going to see a transformation take place before your eyes in India,” said Watsa, comparing Modi’s reform agenda in India to the transformation Lee Kuan Yew brought to Singapore.
Even for optimists, though, challenges remain.
Fairfax India warned last week that a $323 million deal it had struck in March 2016 to acquire a 33 percent stake in the Bengaluru airport was still in limbo, awaiting some government and regulatory approvals. That deal had initially been expected to close in mid-2016.

Others pointed to the unpredictability of Indian politics as a wild card factor. That challenge was illustrated this week when Amazon.com was forced to remove doormats resembling the Indian flag from its Canadian website, after an Indian government threat to rescind visas of the company’s employees if they did not stop selling them.
“Investors will just have to accept a higher level of risk to get the returns they want from big markets like India,” said Amitabh Dubey, a political analyst at emerging markets advisory firm Trusted Sources.