In just two months of 2017, the Sensex has already breached or is only a few percentage points away from the targets that top brokerage houses had set for the year-end. Domestic inflows has driven an unprecedented rally in the stock market after demonetization, taking the benchmark indices within the sniffing distance of life-time highs, making it one of the most expensive emerging markets.
The Sensex, which closed at 28,892.97 on 23rd February 2017, is 0.4% away from 29,000 -the targets set by Bank of America Merrill Lynch and Deutsche Bank for December. The Sensex had briefly surpassed 29,000 on that day, breaching the level for the first time since September.
The index is 3.8% away from Citigroup Global Markets ‘ September-end target of 30,000, while HSBC’s December-end target of 30,500 -the most optimistic of the lot -implies an upside of 5.6%. UBS, whose December-end Nifty target is 8,800, implies a 1.6% downside from the current level. On that day, the Nifty closed at 8,939.5.
The market rebound came on the back of recovery in emerging markets amid a softening dollar and perception that earnings have seen only a limited impact of demonetization. 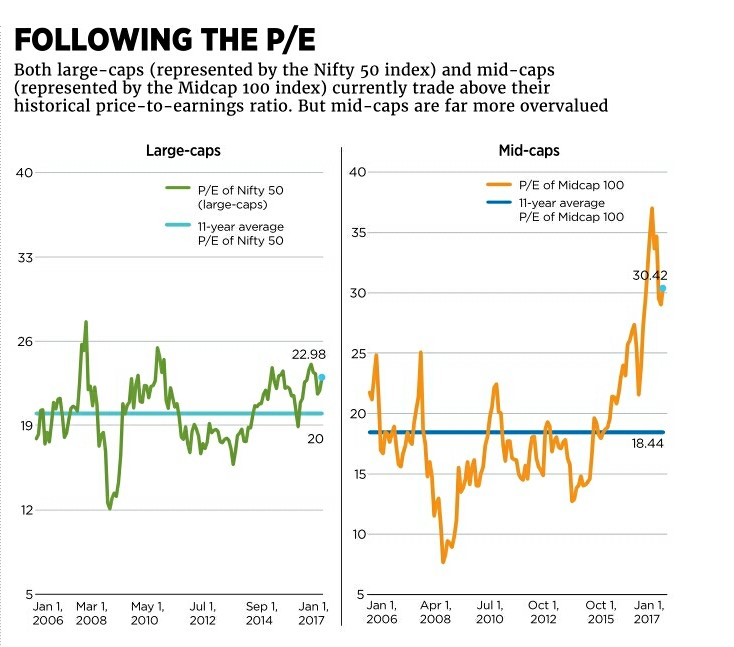 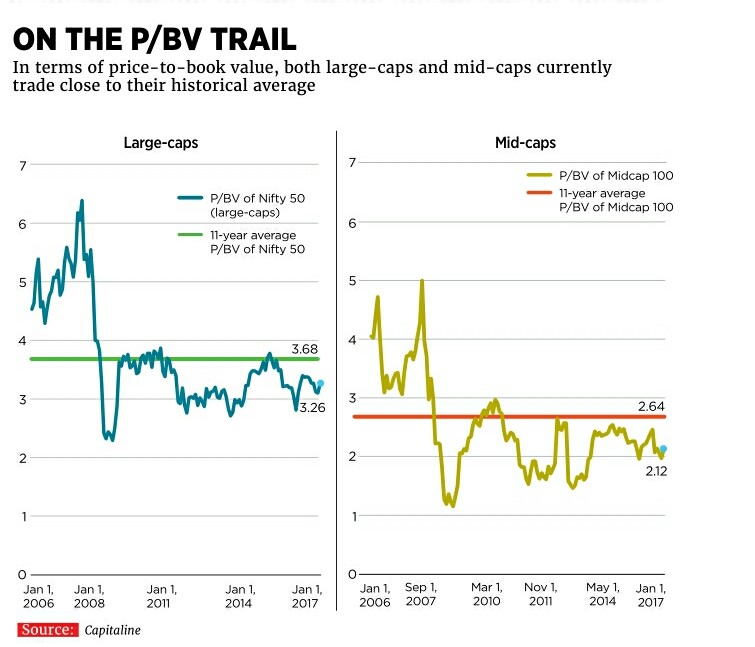 Some of the brokerage officials agreed that the benchmark indices are trading around their fair values. The Nifty is trading at a price-to-earnings ratio of 22 times on a 12-month trailing basis, higher than the five-year average PE of 18.7 times. This makes India among the most valued markets worldwide. 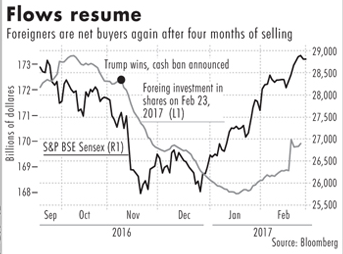