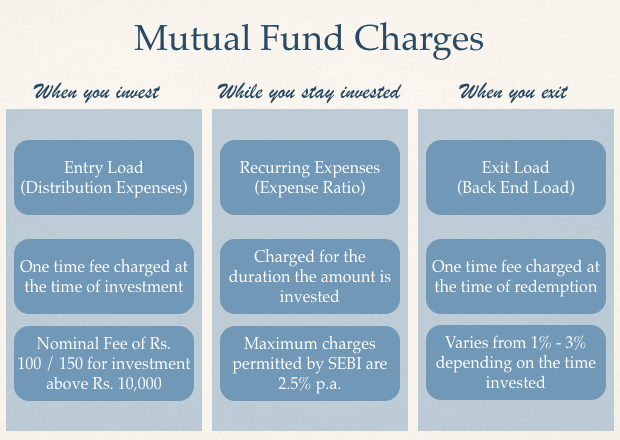 A majority of mutual fund schemes impose exit loads, though there are some that come without any.The presence or absence of Exit Loads has got nothing to do with the scheme’s pedigree.

Exit loads are imposed to discourage premature withdrawals. Funds managers who manage schemes meant for the long run would like to their investors to stay invested for long tenures. This is desirable because if too many investors exit, the fund manager has to sell shares—in distress— of companies that are liquid but generally well-managed, thereby robbing existing investors of their future growth potential. Hence, the fund imposes an exit load to discourage investors from moving out too soon.

Sometimes, funds have a flat exit load. Other times, it has a tiered structure; higher loads for early withdrawals and then the longer you stay invested, the exit load goes down, till it vanishes after a point.

Debt funds that follow an accrual strategy have higher exit loads as this strategy calls for patience in investing.  Equity funds, typically, have an exit load that is valid till a year after you invest.

In 2012, the capital market regulator, Securities and Exchange Board of India mandated that exit loads should go back to the respective schemes. Sebi said this to protect existing investors from those who withdraw the amount prematurely. However, in lieu of the loss that AMCs incurred from not being allowed to pocket the exit loads, Sebi allowed fund houses to charge an additional 20 basis points to every scheme. 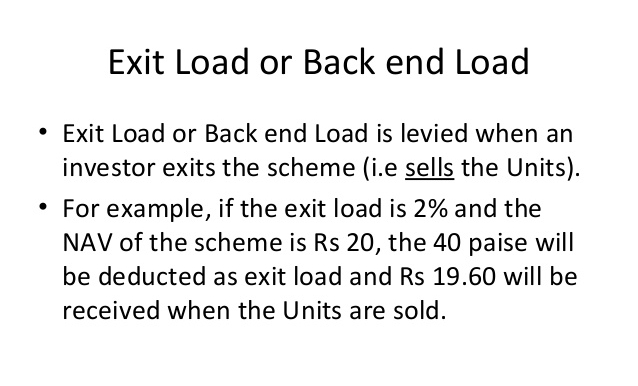