India will be a Rs.469 lakh crore, or $7.2 trillion, economy by 2030, growing at an average rate of 8%, Niti Aayog, the government’s premier think-tank, has projected as part of its 15-year vision document.

The Aayog has already circulated a draft three-year action plan to all states as a roadmap that will help India achieve the government’s 15-year vision, which it is currently preparing. The three-year action plan will replace the decades old five-year plans and are aimed at transforming the planning process in the country. 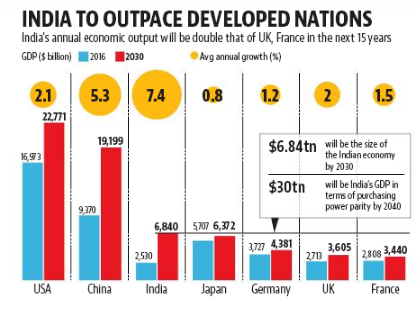 India is well poised to become the third-largest economy by 2030, surpassing four developed nations — Japan, Germany, Britain and France — according to projections by international agencies.
The estimate by the United States Department for Agriculture Economic Research Service, based on data collated by World Bank and IMF, assumes the Indian economy will expand annually at an average 7.4% to $6.84 trillion by 2030. This will make it bigger than the economies of Japan ($6.37 trillion) and Germany ($4.38 trillion).

What’s more, India’s annual economic output will be almost double that of Britain ($3.6 trillion) and France ($3.44 trillion) in the next 15 years.

International Monetary Fund’s (IMF) managing director Christine Lagarde, who has repeatedly coined India as a “bright spot”, has forecast that the country will surpass Germany by 2030.

Rising aspirations in the world’s second most populous country are driving demand for mobile phones, electronic goods, cars and houses.

Last month, management consultant Pricewaterhouse Coopers portrayed India to emerge as a super-power ranked only after the United States and China.

India would also be the most populous country in 2030….. 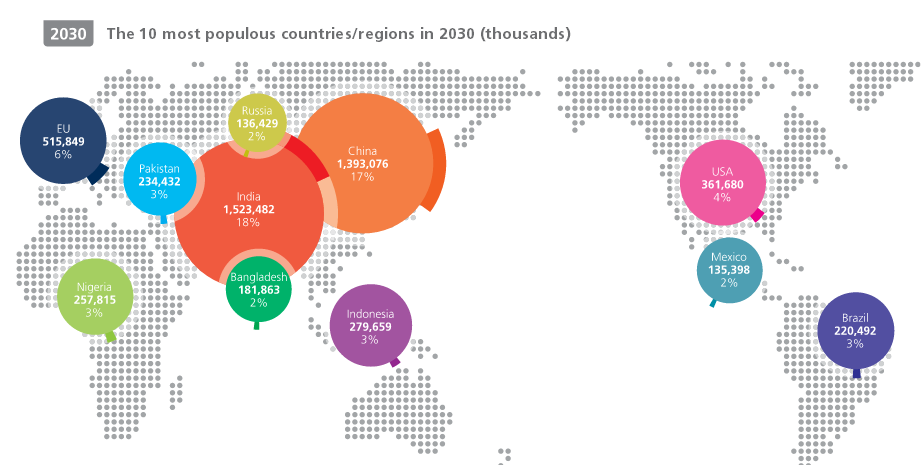 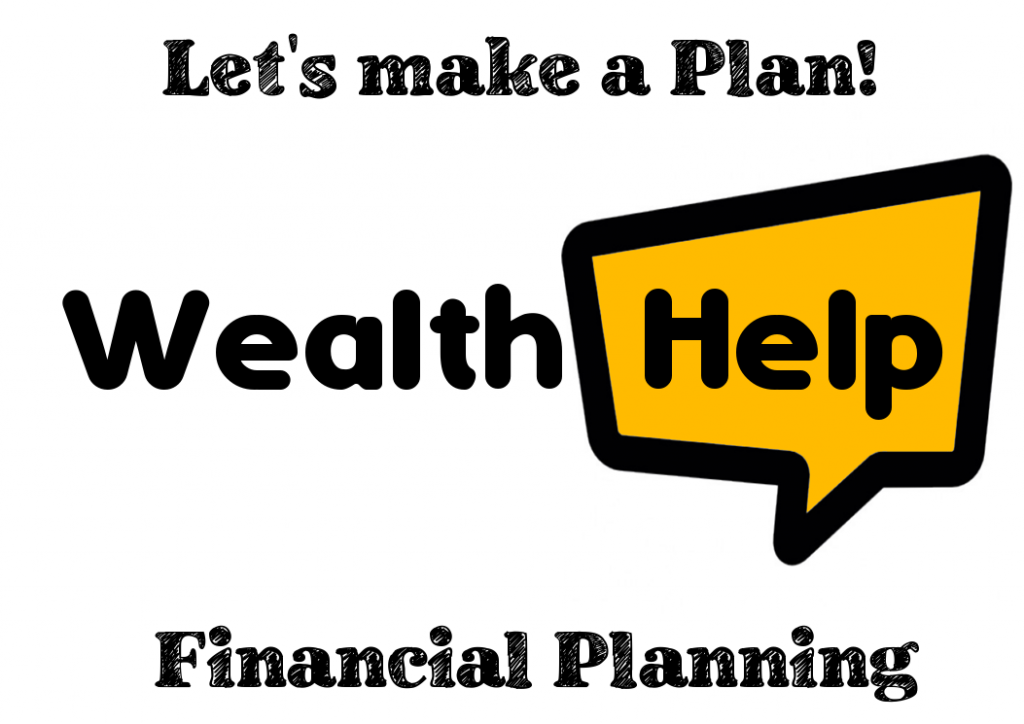