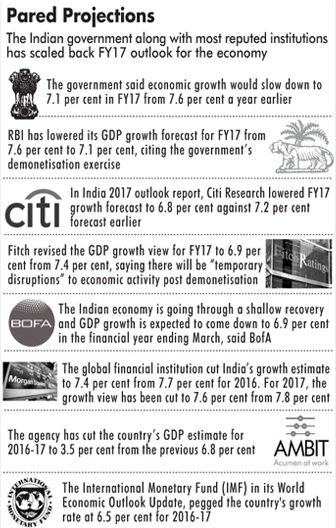 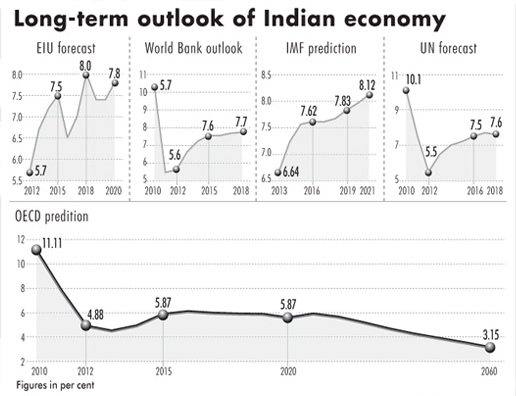 India could hang on to the tag of world’s fastest-growing economy going by forecasts based on the strength of first-half expectations despite shocks emanating from the cancellation of high-value notes. GDP could still expand faster than the 6.6% at which China is expected to grow by the IMF.
Forecasters across the board have reduced their FY17 growth estimates on account of demonetisation. The impact on the economy and its duration will depend on how quickly remonetisation occurs, the government takes policy action to deal with the cancelled currency and budget initiatives.