Individual tax rates in India are substantially lower compared to tax rates in the US and Western Europe. But they are slightly higher than tax rates in most emerging economies, with China’s being higher. The quality of public services such as education, healthcare, infrastructure such as electricity, roads, and water and sewage, however, is far superior in developed countries. On the other hand, Indian citizens have to rely on private service providers for their needs if they can afford them or make do with poor-quality services provided by government agencies and utilities.
The general disgruntlement among Indian taxpayers (the ones with salaries in the organized sector) despite the relatively low individual tax rates in India versus other countries can be ascribed to two reasons:

2. Large-scale evasion of taxes by huge sections of the population in the informal economy, which puts the entire burden of public services on the narrow base of law abiding taxpayers.

Findings excerpted from a report by Kotak Institutional Equities.

Take a look at what the tax rates were, in the recent past: 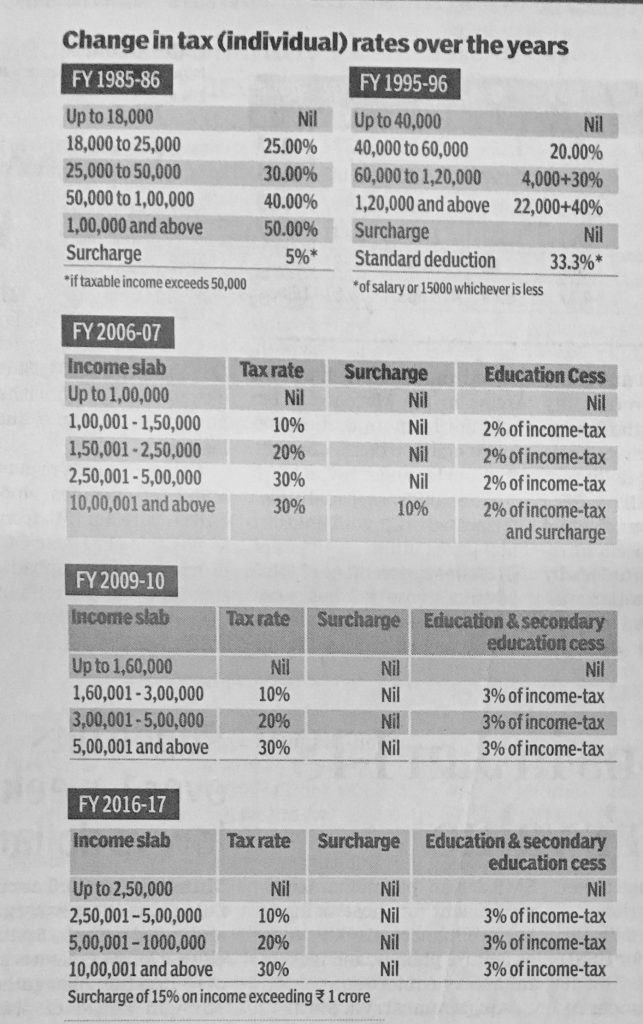 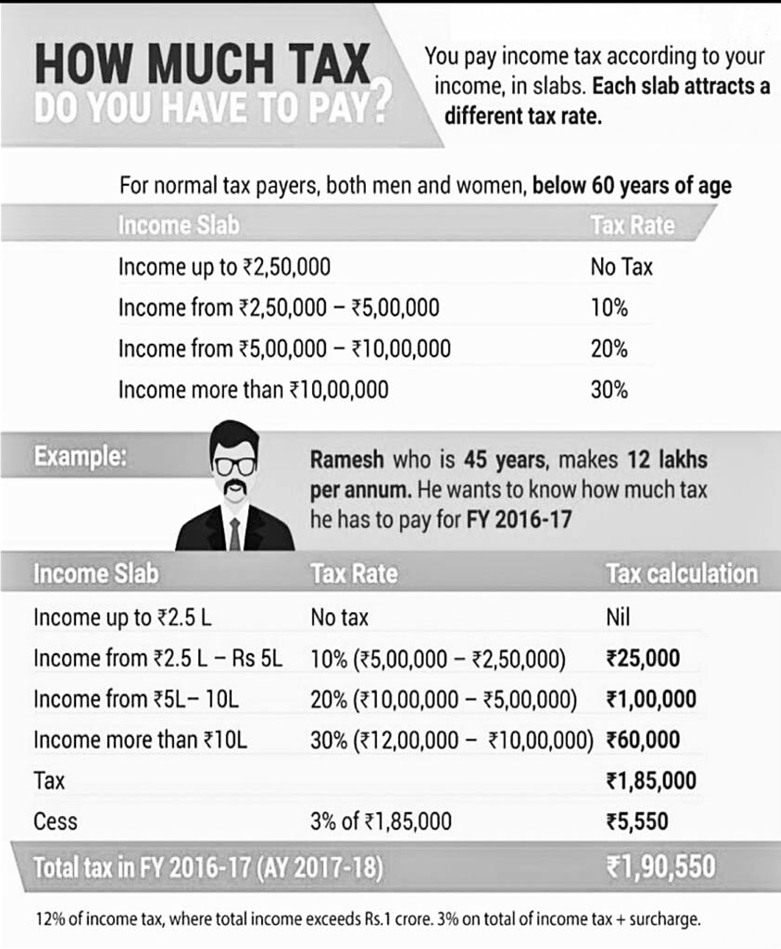