The Reserve Bank of India raised its benchmark policy repo rate by 25 bps to 6.25 percent on June 6th 2018 while markets expected no changes. It is the first hike in borrowing costs since January of 2014, mentioning upside risks to inflation that include higher oil prices and uncertainty in global financial markets. Policymakers said the decision is consistent with a neutral monetary policy stance and is in line with achieving the inflation target of 4 percent +/- 2 percent while supporting growth. Interest Rate in India averaged 6.66 percent from 2000 until 2018, reaching an all time high of 14.50 percent in August of 2000 and a record low of 4.25 percent in April of 2009.

The hike officially marks the turning of the interest rate cycle, though banks have been raising rates on deposits and loans for a few months now. Interest rates started going down from 2015 and the last rate cut was in August 2017.

The immediate fallout would be that interest rates might begin to firm up. Banks have already been raising lending as well as deposit rates over the past few months.

However, this might just be the first hike in a series of hikes to come.

RBI is expected to raise rates by another 0.25% in the next six months as inflation is likely to remain above RBI’s target of 4%. 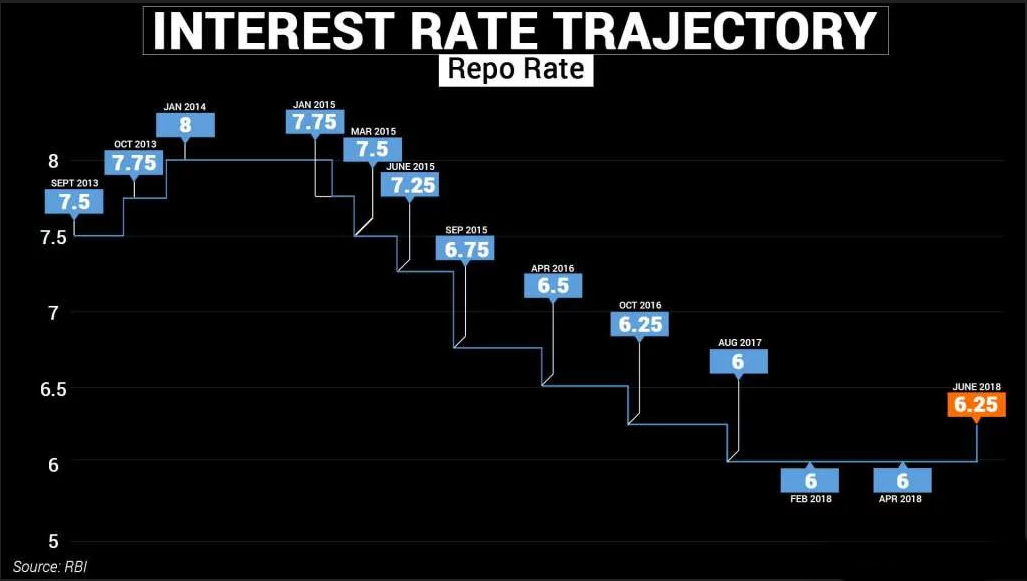