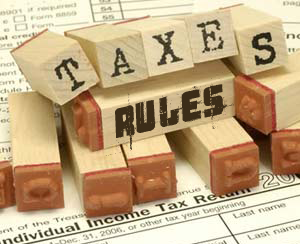 A 10% Long Term Capital Gains tax will be imposed on profits exceeding ₹1 lakh made from the sale of stocks and equity-oriented mutual funds that have been held for over a year. All profits made by investors up to 31 January 2018 have been grandfathered. Indexation benefit will be available on the sale of shares listed after 31 January. While Ulips are exempt from this tax at present, this can change going forward.

The budget announced a standard deduction of ₹40,000 for salaried employees, but it also did away with the tax exempt annual transport allowance of ₹19,200 and medical reimbursement of ₹15,000. The difference of ₹5,800 is the reduction in the amount of taxable salary. The tax you save on this amount will depend on the income tax slab you are in.

The main advantage of the move is that the calculation will now be much less complicated. The deduction will be made directly from your salary, and you won’t need to submit investment proof or bills to avail of the benefit.

The exemption limit on income from interest for those over 60 has been hiked five times from ₹10,000 to ₹50,000 per year. All deposits held by senior citizens across both banks and co-operative banks, as well as post offices will be eligible for this exemption.

Another important benefit extended to senior citizens is that of the higher limit of deduction for health insurance premium and medical expenditure. This amount has been raised from ₹30,000 to ₹50,000 under Section 80D of the Income Tax Act. The deduction limit for medical expenses for specified critical illnesses has also been increased from ₹60,000 to ₹80,000 for those above 60 years of age and to ₹1 lakh for those above 80.

NPS exemption for the Self employed

So far, only salaried employees were allowed withdraw up to 40% of their total accumulated corpus from the National Pension Scheme at maturity or account closure, without any tax implications. But now, self-employed subscribers are also eligible for this benefit. This move will bring non-salaried subscribers of the NPS on par with salaried employees.

Longer lock-in for bonds under 54EC

Profits from the sale of real estate which are held for at least two years become tax-free if they are invested in specified bonds under Section 54EC. The Union Budget has extended the lock-in period of investments in capital gain tax exemption bonds from three years to five years.

This means that earlier you had to stay invested in the 54EC bonds for three years to get the tax break, but from now on your money will be locked in for five years.

Dividend Distribution Tax, which was applicable only to debt funds so far, will now apply to equity mutual funds as well. While dividends will remain tax free in the hands of the investor, the fund house will have to pay 10% tax on income distributed to investors. This might be a good time for those who rely on dividends from equity funds as a form of income to review their investment strategy, since this tax will reduce the in hand return for investors if they choose the dividend option.

Although it is only a marginal increase, the hike in the education cess means all taxpayers will have to pay a little more tax than they used to. The cess on income tax has been increased by 3% to 4%, as a result of which, the effective tax liability of taxpayers in the highest tax bracket will increase to 31.2% from 30%. For the middle income taxpayers, it will go up from 20% at present to 20.8%; and for those in the lowest bracket, liability will increase from 5% to 5.2%.

The new income-tax return forms have several new columns. By collecting more specific information from taxpayers — from seeking details about allowances of salaried persons not exempt from tax to matching direct and indirect tax numbers of businesspersons — the income tax department aims to check tax evasion.

The new Sahaj form wants you to disclose specific details about your salary. It seeks an assessee’s salary details in separate fields and in a breakup format such as allowances that are not exempt, value of perquisites, profit in lieu of salary and deductions claimed under Section 16. Though these details are provided in the Form 16 of a salaried employee, now they have to be mentioned in the tax return for clarity of deductions.

Under the ITR-4, assessees who have presumptive income from business and profession will have to furnish their GST registration number and its turnover. This is aimed at checking tax evasion by comparing direct and indirect tax numbers. Instead of the simple ITR-1 form, non-resident Indians will have to file returns using the ITR-2 which seeks more information. NRIs will also have to provide details of one foreign bank account for refunds.

Certain types of taxpayers are now required to mention registration number of the firm of chartered accountant which has done audit for the tax return. Businesses will have to disclose income from property.

Firms are required to quote Aadhaar number of their partners or members.

Similarly, in case of a trust, Aadhaar number of related functionaries have to be mentioned.