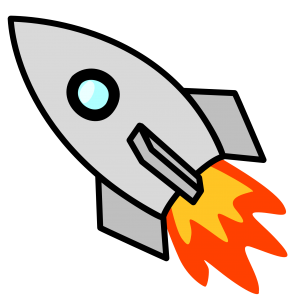 The Indian economy is at a “take off” stage and is expected to be the world’s third largest by 2030 with GDP worth $10 trillion, Economic Affairs Secretary Subhash Chandra Garg said.

“Good days are ahead and lot of good work is happening in the economy. The economy is on a stage of take off where Indians can legitimately hold their heads high,” he said.

In the first 40 years of independence, the country hardly grew at 3.5%, and today 7-8% is the norm, Mr. Garg said. “By 2030, we can legitimately expect to be a $10 trillion economy. That is the challenge. That is also the opportunity,” he said.

On the face of it, the $10 trillion number sounds impressive, and that too in a short span of just 12 years.

At the end of 2017, India’s GDP at current prices stood at $2.59 trillion, according to the World Bank’s latest data.

Now, assuming that the economy grows at 11 per cent in nominal terms – a business as usual scenario – then India’s economy would touch $10.08 trillion target by 2030 – in line with Garg’s prediction.

This 11 per cent nominal growth assumes real economic growth to average seven per cent between 2018 and 2030 and inflation to average four per cent over the period.

However, if growth were to accelerate to eight per cent in real terms, as the NDA government hopes it would, then at the end of 2030, India would be an $11.34 trillion economy.

One must also point out that these estimates do not factor in changes in currency rates. An appreciation of the Indian currency would take these numbers even higher, as it did in the case of China.

During this period, World Bank data show that the economy grew at an average real rate of 11.1 per cent a year. But its currency appreciated by 12.5 per cent which drove up the numbers in dollar terms even higher. Thereafter, it took another five years for China to cross the $10 trillion in 2014.

Add to this another 2.8 per cent growth per year due to changes in the currency, the report assumes that GDP at market exchange rates will converge to GDP at purchasing power parity over time, and this leads to an average real GDP growth of 7.7 per cent over the whole period.

However, one must caution, that despite the big $10 trillion number, the average per capita real income, is still likely to be around $3,270 at the end of 2030 (at 4.1 per cent real growth). As the report points out, that despite this meteoric rise, India would still rank 28th in GDP per capita in PPP terms in 2050.